Ever since the news of the relationship of the south korean actors Lee Seung Gi and Lee Da In has broken, the internet and their fans cannot keep calm. On 24 May, Dispatch published the pictures of the couple dating back to fall 2020. Recently, Lee Seung Gi was quite in the spotlight due to his latest hit drama, Mouse and so this sudden news of his dating life took the fans by storm. The actors have been dating each other for half an year and it is now speculated that they are likely to get married soon.

Sharing similar interests, profession and their love for golf, the Vagabond actor and Alice actress spent more time with each other which further brought them closer and blossomed into a beautiful longterm relationship.

After the news was released on all the platforms, it was confirmed to be true by both Lee Seung Gi and Lee Da In’s Agency. Though it may have surprised the fans, the duo’s relationship wasn’t a new revelation to the outsiders in the industry as most of them already knew.

Debuted as a singer in 2004, Lee Seung Gi is an established actor, host, singer and entertainer who is well known for his acting in the Kdrama world. He has been a part of various Kdramas like Vagabond, Brilliant Legacy, A Korean Odyssey, My Girlfriend is a Gumiho, The Producers etc. His most recent appearance was in Mouse. Besides bagging some amazing Kdramas on his name, he also has a list of numerous hit songs such as ‘Return’, ‘Because You’re My Woman’ and ‘Will You Marry Me’.

About Lee Da In

Da In has been a part of many popular Kdramas such as Doctor Prisoner, Hwarang, Entourage, Come and Hug Me, The Golden Life. Her recent appearance was in Alice (Netflix). Surprisingly, her sister and Seung Gi have worked together before in a historical show, Gu Family Book but none of them has ever worked with each other professionally yet.

It’s only been a few days since the news of their relationship broke out, speculations of their wedding are spreading like wildfire. Fans are quite certain as there are various reasons justifying this rumor. Recently, Seung Gi purchased a luxurious $5 million single-family house in Seoungbuk-dong, Seoungbuk-du, Seoul. The duo has been in talks with their family members regarding their relationship. Da In was also seen during her visit to Seung Gi’s grandmother as the three were spotted and photographed in Sokcho. So overall, both are pretty serious and seem to settle together soon.

Though the speculations of marriage still remain as neither of the actor’s agencies have given any confirmation and have asked to refrain from spreading rumors regarding their marriage, many fans are still excited and rooting for the couple. They are delighted and wish to see this beautiful real life couple together on-screen as well. Best wishes to the duo. Hopefully, we’ll get to see them in some new upcoming projects together. 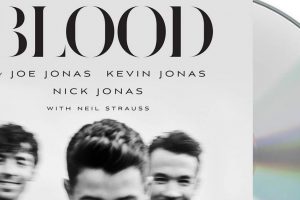 Jonas Brothers’ Memoir Blood: When will it release and where to buy? 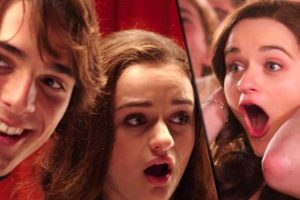 Another instalment of Kissing Booth is set for August!