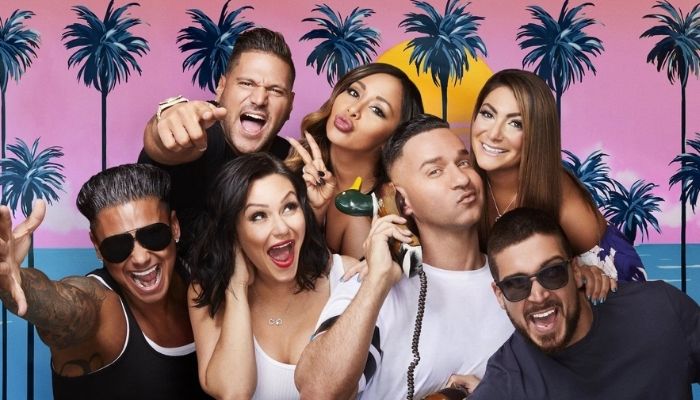 MTV has recently announced that it would be renewing for a new season with all the latest episodes airing from 3rd June, Thursday from 8 PM ET/PT.

The first half of the fourth season was wildly popular amongst the fans; the show would return with brand new drama with the family getting back together to vacation in a Jersey Shore. The roommates are once again packing up and inviting their friends, family, and dear ones for a holiday filled with chaos and laughter. With such an epic last season, the new season is coming with many expectations from the fans. The renewed season is gearing up for fulfilling all those hopes with episodes littered with birthdays, engagements, and gender reveals.

Pauly D has admitted to this season being utterly different from the previous ones, with even the filming seeing a change than any other season. In the last 12 years that the show has started airing, the location has always been in the hotter months or set explicitly in warm places. Making a giant leap this season, the site for the vacation has been shifted to a cold location complete with snow. This has given a chance to the members to change their wardrobe from bikinis and shorts to sweaters and coats.

With the location change, the type of activities they had before would be changed completely.  Previous seasons saw them frequenting various bars, but with the Covid-19 restrictions, as with the first half of the fourth season, they would mainly stay inside the resort in Pennsylvania. This certainly won’t be limiting their fun because this is a cast that knows how to party. You would never get bored once. The members would take up new games like snow tubing along with tons of other activities.

The new season is all set for a new kind of drama and filled to the brink. The new season promises far more than usual, with appearances expected from the significant others of all the members. All the drama brewed between Angelina Pivarnick and JWoww’s now-fiancé Zack Carpinello in Vegas last season has the fans on edge and hope for more. Although they tend to get along well, the clashes of opinions are pretty evident when they get together. The anticipation with more people appearing is something to look forward to in the new season.

The show has tried to compensate for the upset caused between the fans over Zack’s appearance by reintroducing the fan favourite Nicole “Snooki” Polizzi. The most loved cast member left the show over the drama at Angelina’s wedding in the third season. This is also caused a stir amongst the fans who look forward to interacting with other members.

Jersey Shore might be a reality show, but in the end, it is like a big second family to the cast members, and we have all seen them grow right before our eyes. This season brings out the most significant milestones of their adult life Mike “The Situation” Sorrentino and Lauren Sorrentino’s first pregnancy, Deena Cortese’s second pregnancy, and JWoww and Zack’s engagement.