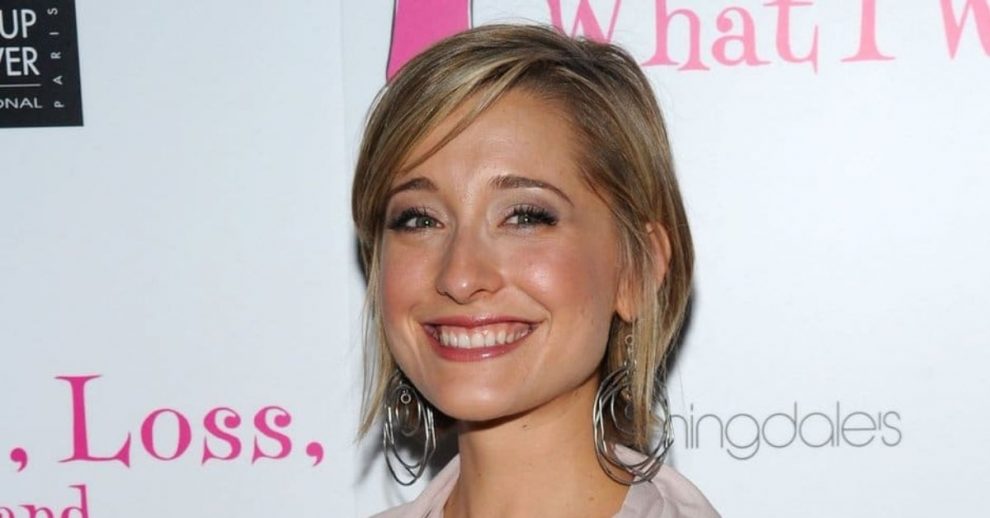 Allison Mack has always been an American Sweetheart that has captured the heart of millions with her impeccable acting in Smallville. She has been known for her role as Chloe Sullivan. Close friends with the character Clark kent portrayed by Tom Welling, the actress truly brought the character of Sullivan to life with her warmth and charm. She was also a sweetheart off-screen and well-loved by her co-stars Tom Welling and Michael Rosenbaum who played young Lex Luthor. They were shocked beyond belief when they heard about the sort of controversy the actress was a part of.

What is the controversy?

The matter does not even remain a controversy anymore as the actress had already pleaded guilty to all the charges launched against her. The case which took place over a year ago is still fresh at the minds of people who are still baffled over the idea that such a sweet person was even capable of committing such heinous crimes.

As it turns out Allison was not that much of a sweetheart anymore. The actress had been involved in a trafficking channel that posed as a networking platform, NXIVM. The organization was supposed to be a ‘female empowerment group’ led by Keith Rainere. But what went on behind the scenes was actually brutal. Under the façade of uplifting women, it was about trafficking, abusing and exploitation of women.

The organization used to attack struggling women who wanted to join the Hollywood industry. In the pretext of giving jobs and roles in big movies, members like Allison would lure them in. The new members were required to put out collateral nudes or embarrassing stories that the NXIVM could later use to blackmail and harass them should they try to break any ranks.

Where does the actress stand?

Allison had a teary-eyed confession where she admitted to all her crimes and pleaded guilty. She said she was taken in by the charm of the leader of the organization, Keith Rainere and under his influence, she carried out all that she did. She apologised to all her victims and admitted that she truly believed that ‘he (rainere) was helping people out.’

Role of the actress in the organization

Allison due to years of experience was a top tier member of the organization. As a high ranking member, she was responsible for keeping the other members from speaking out against NXIVM. If they even dared to talk about sex trafficking and abuse, Allison would blackmail them emotionally and financially. She was charged with multiple counts of sex trafficking, conspiracy, and other financial and violent crimes against members.

What will happen to her now?

As she was carrying out all these crimes she still continued acting that brought in quite an amount of money for her. She has a net value of $4 million