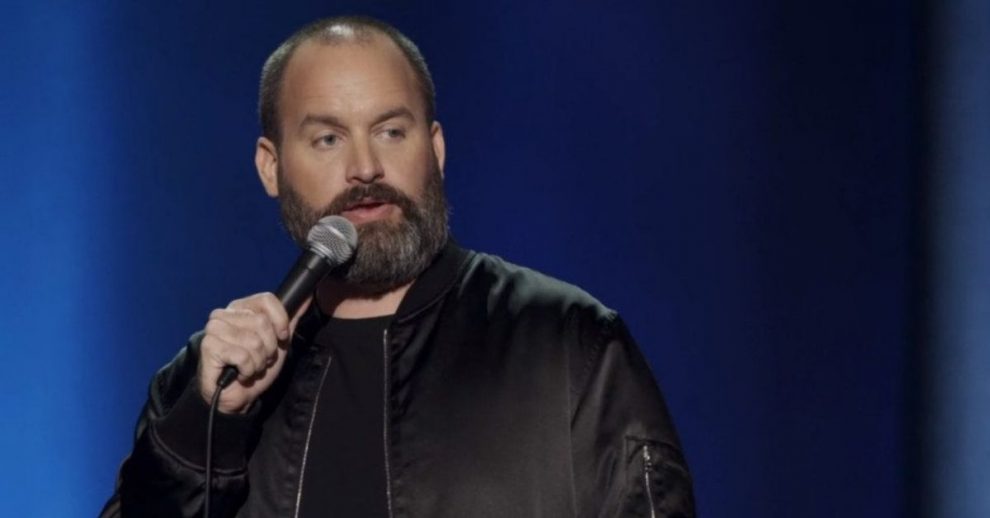 Tom Segura is an American comedian and actor who is famous for his tv shows and podcasts. His notable show is the podcast “Your Mom’s House” which he co-hosts with his wife Christina Pazsitzky. He is a well-known comedian and has worked with other artists throughout his career. He grew up in Cincinnati and has a dark past involving substance abuse. However, he managed to turn himself around and has become very successful due to his career as an anchor and comedian.

Tom Segura is a popular comedian in America. He is quite famous for his hilarious podcast show “Your Mom’s House” which was started in 2011. He is a co-host of this show and runs it with his wife Christina Pazsitzky.

He is a very talented individual who has become quite successful in his chosen career. He has been a part of several comedy festivals like the Melbourne International Comedy Festival, The Comedy Festival, the Global Comedy Festival in Vancouver, and the Just For Laughs Comedy Festival. Segura also hosts another podcast along with his long time friend Bert Kreischer who is another fellow comedian. The show’s name is 2 Bears, 1 Cave.

The show was started in 2019 and is still running today after completing 76 episodes. He has also worked in several films like Frank Advice, 9 Inches, The People’s Mayor, I Need You To Kill, The Opening Act, Countdown, and Instant Family. He has co-written the scripts for many of these films.

Tom also has released several stand-up specials which are equally famous as his podcasts. He has successfully released 6 stand ups that have got a huge positive response from the audience. Out of 6 standup specials, four of them are Netflix specials and are available only on that platform. His first stand up Thrilled was released in 2010 and his last one Ball Hog was recently aired in 2020. He has revealed to the audiences in a podcast that he had started to work on his career after completing his graduation. When he was starting out, he had to work at daytime jobs along with evening standups in order to support himself financially. His efforts have finally paid off and he has become quite wealthy with an estimated net worth of $12 million.

Tom Segura was born on the 16th of April in 1979. He was born and brought up in Cincinnati, Ohio. He was reportedly raised by his two sisters. He went to the Lenoir-Rhyne University in Hickory, North Carolina where he finished his graduation. Soon after, he met his now wife Christina Pazsitzky at the Cat Club on Sunset Boulevard in Los Angeles California. Christina is also a standup comedian in America and the duo got married in 2008. The so-far couple has two children together. Tom’s past, however, does have a dark incident. He overdosed on GHB when he was 18 and was in a coma for a short time. He currently lives with his wife in their home in Los Angeles, California. Their previous home in Woodland Hills has been sold to NFL player Cassius Marsh

Know Tommy Wiseau And His Net Worth in 2021
Addison Rae: Life, Career, And Net Worth
Comment