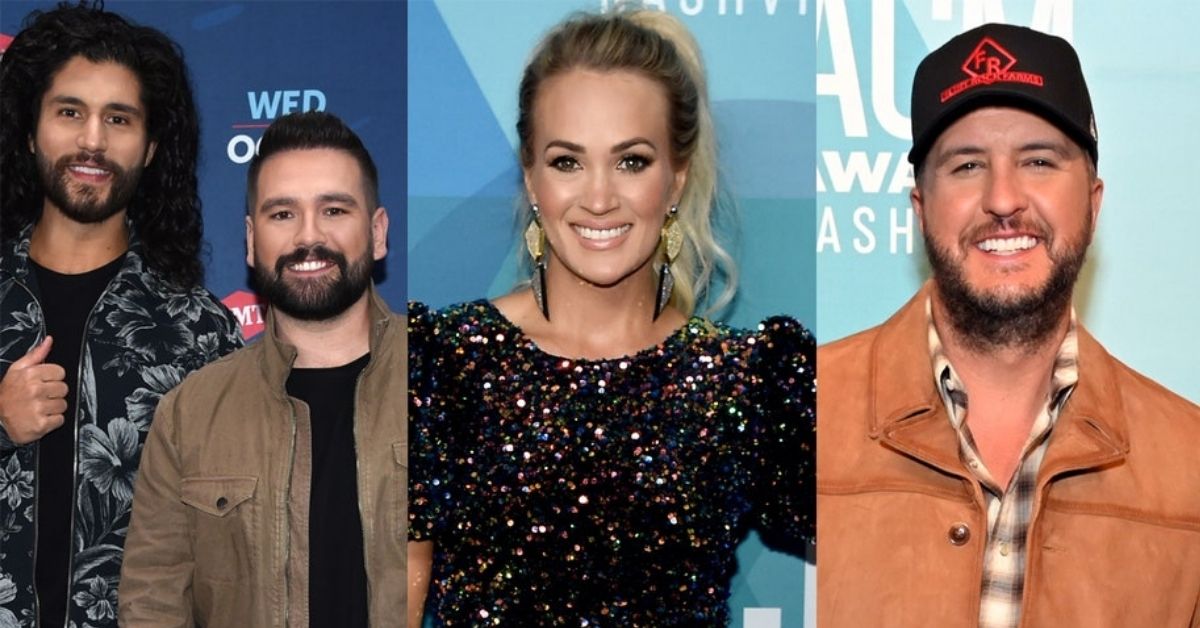 The upcoming CMT Awards 2021 is all set to be released on Wednesday this month. The award show is quite different from the rest because of the fact that the audience can vote for their favourite nominees. The audience will have the opportunity to cast their vote online before the show airs on the 9th of June which is this Wednesday. The show has also promised several performances by the likes of Pink, Carrie Underwood, Paul Klein from LANY, and so on. There is still time to vote for two categories and you might as well avail yourself of this final opportunity to see your favourite nominee win in this year’s award ceremony. More about the award show and the voting process is detailed below.

CMT Awards is a unique award show that is completely based on the votes cast by the audience.

The name of the show kept changing till it finally settled on CMT Music Awards in 2005. The show was initially a simple award ceremony that was like any other. In 1988 on the fifth anniversary of TNN, the network decided to host a different type of award show where the audience can vote for their preferred candidates.

The winner was decided by the highest number of votes received in that category. The award show was called the Viewer’s Choice Award. However, this separate show merged with the Music City News Awards in 1990. In 2001, the show was broadcasted by both CMT and TNN until CMT acquired the sole rights of the show.

The CMT Music Awards is completely based on fan votes. The categories and nominations are pre-recorded before the voting process starts. The winners however are decided on audience votes.

The highest voted nominee in a category took home the title and prize. The categories keep changing every year with the addition and removal of categories according to recent trends. Earlier when the show was aired, the audience could cast their votes through the telephone or by post. Now due to the advancement of technology and the popularity of online systems, viewers can cast their votes virtually through their dedicated website.

The voting process starts well before the release date and is announced on the news and social media handles of CMT.

This year the CMT Music Awards will be held on the 9th of June which falls on a Wednesday. The award ceremony will be hosted in Nashville, Tennessee, which is the original place where the show is hosted every year.

The hosts of the show are going to be Kane Brown and Kelsea Ballerini. The 27-year-old songwriter Kelsea is going to be hosting the event for the first time. American music artist Kane Brown on the other hand has already hosted CMT Music Awards in 2020 and has even managed to bag the title of Male Video of the Year. Last year in 2020, the CMT Music Award show was delayed due to the pandemic and the show skipped months to follow covid guidelines and avoid the spread of infection through the show. The show has finally announced the date of airing after many others like Academy Music Awards and iHeartRadio Music Awards were aired recently.

The CMT Music Award is known for being unique because of its audience voting system. All the categories of the award show have this system of selecting winners as per the highest vote received from the viewers in that category.

The nominations however are set beforehand and the audience can only choose their winner out of those nominees. The voting process of the show is quite simple. Viewers have to search the CMT website and then cast their vote in the links provided on the website and their Instagram page. It must be noted that most of the categories have already finished their voting processes. However, the viewers still get to vote for two categories which are still up.

These categories are ‘Video Of The Year’ and ‘Best Family Feature’. The voting process of these categories will also close soon as the show needs time to do its vote evaluation to know who the winner is. The viewers can vote for the ‘Video of the Year’ category through CMT’s official website. You need to sign up using your mail id and you will be able to vote for your favourite nominee. The ‘Best Family Feature’ category is accepting audience votes through their official Instagram page. You will find swipe-up links from their Instagram stories.

This year’s CMT Awards is going to be a blast for fans who couldn’t enjoy the award show last year.

The delay of the show due to the coronavirus pandemic had upset several fans who were looking forward to choosing their winners and voting for their favourite artists. This year the award show has made some amazing nominations with John Legend, Pink, Kane Brown, Luke Combs, Taylor Swift, Little Big Town and various others. Miranda Lambert has received the highest number of nominations by being selected for 4 separate categories on the show.

The nominees will also be joining other artists for live performances during the award ceremony. The network has confirmed that Blanco Brown, Luke Bryan, Luke Combs, Mickey Guyton, Jack Ingram, Paul Klein are some of the artists who will be giving live performances. Last year the show had received a huge audience response despite being aired in September and during the pandemic. The show achieved huge success which is being expected this year as well. We would suggest you hurry up and cast your votes so that your favourite artist can take home the award this year.

All About Riverdale Season 5 On Netflix: Everything we know!
Sex Education Season 3 is here? The rumours, the truth and what we are expecting!
Comment