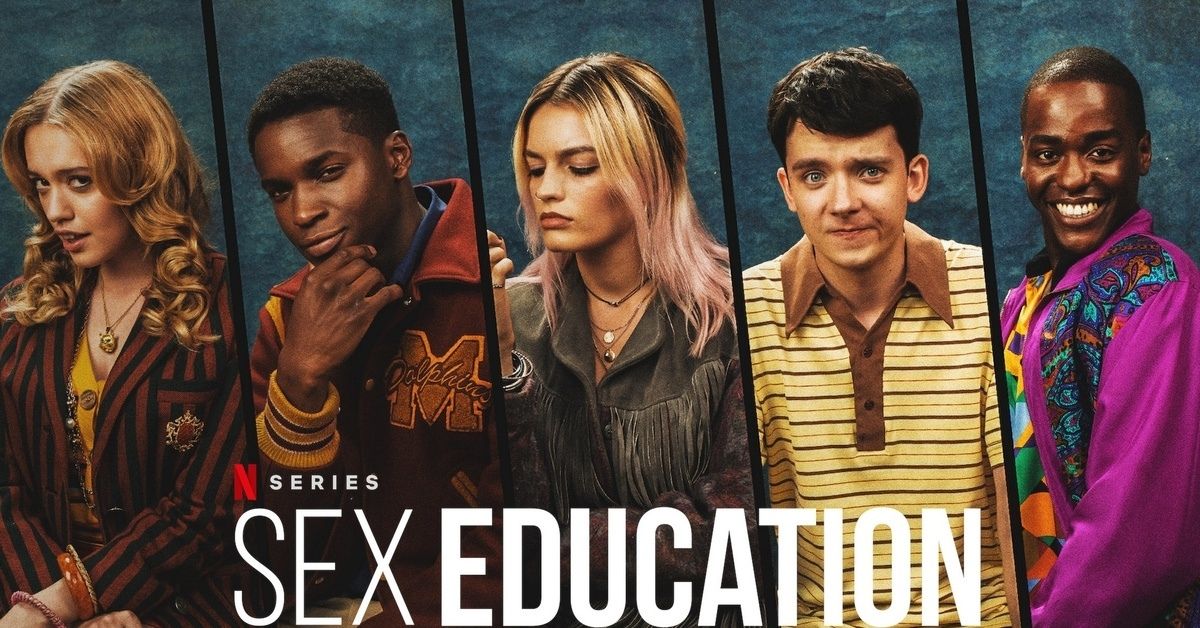 Sex education has established itself as one of the best cinematic pieces within the entertainment industry. This critically acclaimed Netflix series is the most loved show that it has to offer. It continues to be praised for its diverse cast and strong plotline that takes up real life issues without hesitation. The series that explores the less talked and hushed niches of sexuality and sex in general. A topic that is a taboo for some household is articulated beautifully here with no abrupt scenes that makes you uncomfortable rather it helps in your own discovery. It is a relatable series that goes beyond showing just romance (but of course we have it) and talks about issues like depression and bullying.

Every season of it is never enough. Every end leaves us wanting for more and more. New relationships, new friendships, new drama and new problems are everything that keeps us in our toes. And the amount of them we got in last season certainly wasn’t enough to fulfil our ‘Sex Education’ addled brains. The cliff-hanger that it ended up in was, frankly, heart breaking and now our curiosity is at its peak. The prospect of finally finding out what will happen to our favourite couple is probably eating us from inside (and not in a nice way).

And this is where the rumours come in. New dates for the official release keep floatin’ around. It is always one of those instant high and instant low situations that has left the fans frustrated beyond belief. Before we dig in the authenticity of the recent date that is being going around let us get acquainted with the gorgeous and diverse cast of the show that makes up the most sought-after series.

The set-up of the show.

Sex Education follows the story of Otis Milburn as he experiences second hand embarrassment from his mother, Dr Jean Milburn, who works as a sex therapist. She continuously meddles into sex life and gives out advices which she thinks might be useful to him instead just manages to embarrass him. His entire house is filled with sculptures, portraits, handbooks and flyers about sex which is a constant source of teasing material for Otis’ best friend Eric Effiong, a gay and out student, sharing the same school.

He eventually with pressure from his crush and classmate Maeve sets up an underground sex therapy in school to help people who are going through problems. Otis dispenses information that he had learned about from his mother. And the show went ahead of that. It also explores the issues of trying to find themselves while struggling to find their sexual identity. The show also breaches depression and bullying and religious issues that surround religious sentiments.

The show does not seek to push the viewers into a single corner. While covering heavy topics it also has occasional humours quips that will have you rolling around. It also portrays issues like abortion that is not taught to teenagers which possibly harms their health and life.

It is unabashedly honest and is unafraidly pointing out all the things parents and school should have taught them but never did.

So, what’s with the rumours?

They are just that. Rumours and nothing else. They do not have semblance of truth in them. They are just a way to spread false information amongst the fans who are waiting patiently for the new season when the last one got released over a year ago. No such information about the possible release has been carried out by the official handles of the show or even the cast. All we have got from the past year is snippets of the set and some passing information about the newly casted star.

So, if you see any such tweets or Instagram posts that claims some release date without being sourced from the official accounts then pay it no heed. Just wait and watch those snippets again.

Till then we can only wait in anticipation about what season 3 has to offer us.

Season 3 and what to expect.

The main cast would certainly be returning to put on a show for the audience but what would be unique is the new cast that would spice it up more. The newly ensembled cast promises to bring something different to the season full of expectations.

The season would also be set in a different background in comparison to the earlier ones. Kedar Williams-Stirling, the actor who plays Jackson, explained the change in the shooting schedules of the show. The show that was typically shot during summers had to be shot during winter because of the Covid situation. He further said how one passage of storyline would change the complete aesthetic of the show. That means that there is a certain change in the tone.

The writers of the show are certainly trying their best to change the entire tone of the show. With the change and restrictions imposed due to the pandemic. They had to get creative with the plot which means this season is about individual stories.

Ncuti Gatwa, the actor who plays Eric, has pointed out the shooting schedule of this season. He said that every one was by themselves this year and had to play out their own individual stories. He continued that everyone was out of sequence and he only had the opportunity to read about them.

We learn more about Eric’s family and culture.

The best and most unique thing about this show is the representation of different cultures. Eric who stood out in his traditional attire with flamboyant tones was the show stealer during the prom scene. And what is better than more of that and something different on top of top. The new season comes with just that. It will delve deeper into Eric’s background and we can’t wait to see just what we unravel.

The last scene. The scene which had everyone waiting with bated breath… might not be revealed initially. I know. Way to keep people in toes. But isn’t it just that. The writers won’t be revealing what happens to Otis and Maeve just yet. Instead Asa Butterfield has revealed that we would be witnessing a time skip that features Otis in all his new glory and charisma.

This season definitely has a lot to offer and just wait for the official dates to be revealed to jump right into the drama.

All About The CMT Awards And How You Can Vote in it!
‘Jupiter’s Legacy’ not to be renewed for the second season. The reason and the future!
Comment