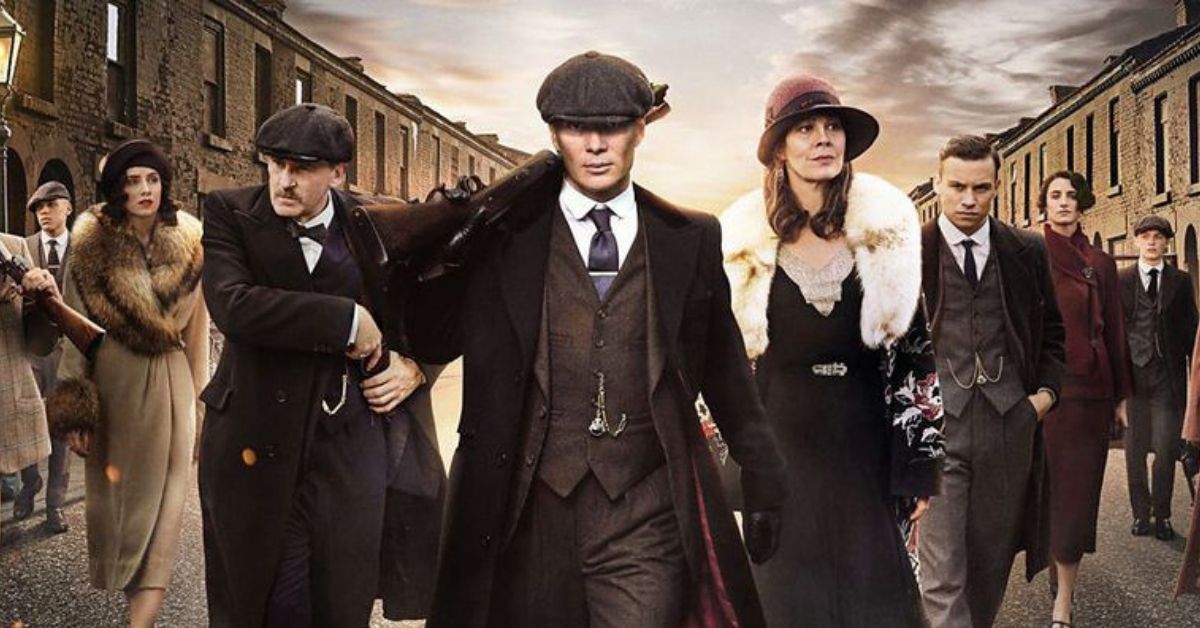 The phenomenal crime thriller Peaky Blinders has five gobsmacking and showstopping seasons under its belt and a new one right underway. News of the season entering into the postproduction phase has stirred the fans into action. Speculation of the possible release in the future and the exact month it could come out has been the topic of discussion of the fandom right now. The possible plot of the coming season has the fans gripping their couch in excitement and anticipation. And honestly? With the amount of breath-taking scenes, we witnessed in the last season (and every other with no exceptions) we too have been watching with bated breath what the new season would come up with.

What about the series has fans across the world hooked to it?

The crime thriller is an epic following a gangster family of Irish Traveller or Romani origin set in Birmingham, England, in 1919, several months after the end of the First World War in November 1918. The main focus of the story is the gang of Peaky Blinders and their highly cunning and ambitious boss Tommy Shelby. There is a constant shift in the focus of the camera as it flits between the shenanigans of the gang and their encounters of law. Narrowly escaping or sometimes not escaping the law, the gang expands its reach within the country. While also evading law they get handsy with other gangs and rivals who pose a threat to them and seek to end them.

What really makes it exceptional is the way each thing is intricately posed with enough amount of violence and not too much that can make it as if overdone. Rather the way each and everything is balanced perfectly helps the series carve out a special place for itself. The historical backing of the series with its dark academia aesthetic has allowed it to become a fan favourite.

Do we know the cast of the series?

The series features an exceptional cast that has brought to screen best and award-winning sequences that have them some of the most critically acclaimed awards of all time. We had some constants while some actors had to leave and, in their stead, we got some of our favourites.

Another Reason: Production of the series

Filming of the new series was supposed to start way earlier than when it actually began last year. It was originally supposed to go into production in February 2020 according to ProductionWeekly. To suit the mood of the series it was set to take place again in Liverpool and Scotland, as was the case of the previous seasons.

But then covid happened.

The Covid-19 pandemic hit hard the entire film and television industry and BBC’s and Netflix’s Peaky Blinders was no exception to this norm. The entire set-up that took one to two month to go in concrete was for nothing. The shooting was halted.

“We were so close to the start of filming Season 6. Months of hard work by our very talented, dedicated, and hardworking crew,” said the director of the season 6 and 6, Anthony Byrne.

He continued, “Sets were built, costumes were made. Cameras and lenses tested. Locations were booked. All the prep was done. It’s a real shame not to be able to make it for you at this time.” The fate of the highly anticipated 1920s crime drama was up in uncertainties, up until now.

After the circumstances went back to as normal as it possibly can the series went back into production around November 2020. The shooting resumed back at different location across the UK especially at the preferred locations of Scotland and Liverpool.

Anthony Byrne again confirmed on May 28 that the series was finally done with its shooting and it can be concluded that it would be releasing soon.

When will it most likely be released?

The new season just got done with its shooting; that implies around 6 months of shooting and there is an expectation of 6 months of post-production. So, the best-speculated dates or rather a month can be taken around the ending of 2021 or the beginning of 2022.

And the season, even after release, won’t be immediately available for streaming on Netflix. The release of the episodes first takes place on BBC and after complete airing, it is released internationally on Netflix. Sometimes the release takes even longer so it would be a long wait for Netflix watchers.

Read this article to get to know more about the releasing

Will there be a season 7?

Unfortunately, season 6 would be the last instalment of the series and the series won’t be coming back for another season, as was already confirmed back in January 2021.

But not to worry. Although this is the last season of Peaky Blinders it won’t be the last of the story.

Steven Knight in his statement said that ‘while the tv series will be coming to an end, the story would continue in another form.’ He continued that it would be better to take the seventh season ‘onto the big screen.’ This has stirred speculations that the series could a new movie or a possible spin-off.