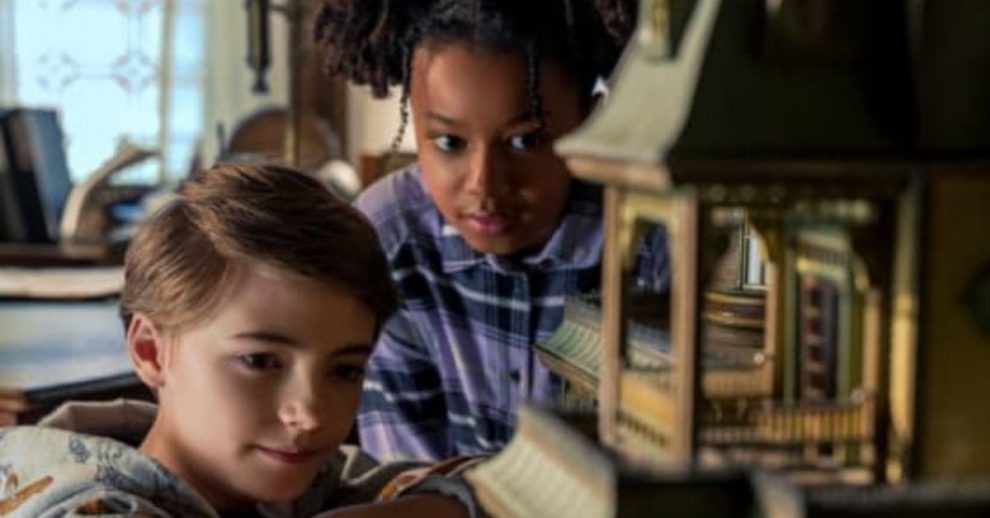 Locke & Key is back with its doors open and another season of thrilling and chilling adventures. The supernatural horror drama series has kept the fans on edge with its plotline leaving nothing to the imagination; the scares are definitely worth a watch and if you are especially attracted to the horror genre, then this is it!

The premise of the story

After the murder of Rendell Locke at the hands of his former student Sam lesser, his wife decides to leave their home and shift to the Rendell’s family house. Taking her children Tyler, Kinsey and Bode from their residence in Seattle they arrive at their new home Matheson, Massachusetts named Keyhouse. The children soon start discovering various suspicious-looking keys around the house. To their utter amazement, they find out that those keys can be used for unlocking different doors in a magical way. But they start noticing that they are not the only ones that are in search of these keys. A benevolent and violent is also in search of them for malicious reasons.

At the very ending of the season, we are introduced to Gabe. Much like the Locke family, Gabe is new to the town of Matheson, Massachusetts. Or so he pretends to be. In the very final of the season, we were in for a twist. It is revealed that Gabe is in fact another secret identity of Dodge, the demonic force who wants to claim the keys. Earlier he has appeared in the forms of Well Lady (Laysla De Oliveira) and the late Lucas Caravaggio (Felix Mallard).

The Locke children and their friends, by the end of the season, believe that have vanquished Dodge for once and for all. But it appears not to be. Dodge still remains at large in the form of Gabe, one of Kinsey’s (Emilia Jones) romantic interests. We also learn that Dodge has secured himself a new ally: an unnamed creature in the form of Eden Hawkins (Hallea Jones).

The discovery of the new form and the ally would be setting the premise of the new season where the children would learn this secret and their subsequent actions to get rid of them.

Netflix had already confirmed that the show would return for another season back on March 30th 2020. Now the series is almost done with its post-production stage and we would be getting another season. The show had already filmed for next season as soon as the release of the first one. Although the shooting that was supposed to start on August 17th 2020 and end by February 5th 2021 could not start by its scheduled time because of Covid. It did start soon after it and now we have a confirmed date for release on our hands, all set for October 2021.

What secrets will the keys unlocke next? Here’s your first look at Locke & Key season 2, coming in October! #GeekedWeek pic.twitter.com/CliEjIl42H

The cast of season 2

New faces too would be entering the new season. The confirmed new regulars of the series are:

Other new faces of the series are:

Happy dancing because Locke & Key has been picked up for Season 3. But first, Season 2 will arrive in 2021! pic.twitter.com/1hkMNDAa4J

The series has already a season 3 lined up. Shooting would probably start soon and we could possibly get it by the next year.

Another Life is back with another season! – Season 2
Marvel’s Loki, God of Mischief, Is Officially Declared Gender-Fluid
Comment