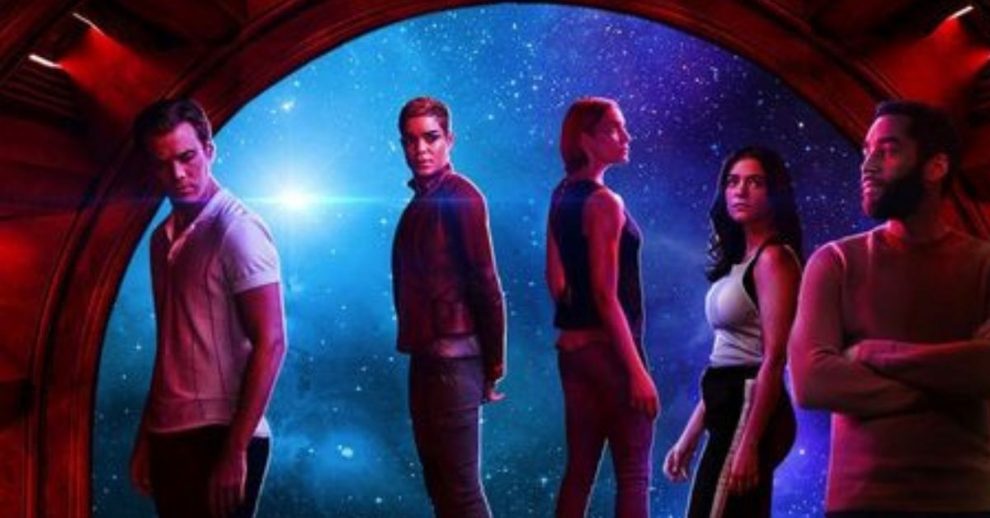 The sci-fi drama released on Netflix last year is back with another season. The last season which came way back in 2019 has finally renewed for the second season and the fans are very excited! The anticipation and plot holes of the last season has them looking to the eventual release of the next instalment. Although the series received some mixed series where critics questioned the authenticity of some science facts and the general plotline of the show some appreciated the bold step to explore something different. Netflix is taking a gamble with another season and it would interesting to see the type of reception it receives.

An unidentified flying object shaped like a Möbius strip (i.e. an annulus in a hyperbolic plane), lands on Earth and grows a crystalline tower above it. Erik Wallace (Justin Chatwin), a scientist employed by the United States Interstellar Command, attempts to communicate with the alien structure. Wallace’s wife, Captain Niko Breckinridge (Katee Sackhoff), takes the spaceship Salvare and its crew to determine the origin of the artefact and establish the first contact with the species who sent it. The Salvare is capable of faster-than-light (FTL) travel and carries most of its crew asleep in hibernation pods, to be awakened as and when needed.

She leads the team of astronauts into space in search of intelligent life. Their mission is to find the source of a mysterious alien artefact that appeared on Earth. During their mission, the crew faces unparalleled danger on what could be a one-way trip.

They can’t fight, and they sure as hell can’t run.

Netflix two whole months to confirm that there indeed would be a second season back in October 2019 and now after almost two years Netflix Geeked has released a teaser along with the confirmation that the series would be back in the fall of 2021.

What to expect from season 2?

There are many questions in the mind of the fans that need to be answered in the second season. After discovering that the Achaia are indeed hostile and hell-bent on either destroying or enslaving the entire human race, and only the crew of the Salvare know of the alien race’s intentions, it is upon them to save the human race.

Even after saving the Zakir from the artefact that was destroying their planet, the crew of the Salvare could only stand there and watch as their new alien allies were obliterated and destroyed by the Achaia. It’ll be a race against time for them to return to Earth but with the Earthlings falsely celebrating the Achaians are peaceful, they are at risk of being destroyed or ever enslaved.

There’s also the question of the new A. I William accidentally created. Is she peaceful or is she also hellbent on killing the crew of the Salvare? Once again, many questions that need many answers.

In spite of an original plotline that was aimed at sci-fi fanatics, Another appeal could not appeal to their interest. Mixed reviews were the only saving point for the series. At the time of writing the series has a rating of 4.8/10 on IMDb, 33% on Metacritic and a rotten score of 6% on Rotten Tomatoes.

Attack on Titan: Would we ever get a masterpiece like this ever again?
Locke and Key gets a confirmed season 2 for October 2021
Comment