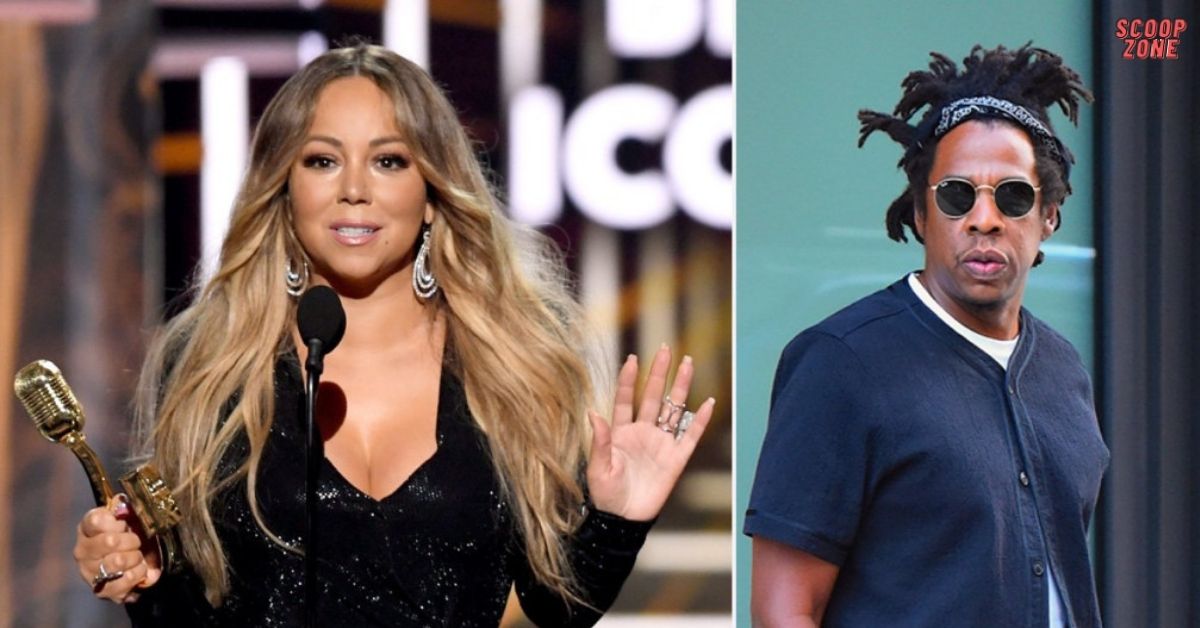 Popular music artist Maria Carey has reportedly left Roc Nation. Roc Nation is a talent management company that was founded by the celebrity rapper Jay-Z who also happens to be Beyonce’s husband. According to rumours, the duo had a massive fallout with each other which prompted Carey to leave the company. The exact reason for conflict is unclear and the official social media handles of the music artists have not expressed any problem that may have occurred before the break. Maria has even revealed to Twitter that they did not have any problems and the rumours were just rumours. The website of Roc Nation has also removed Maria which shows that she is definitely not working with them anymore. Here is more information on the rumored quarrel and the lives of Maria Carey and Jay-Z.

Rumours of Quarrel Between Maria and Jay-Z

Recently on June 4 this year, there have been gossips that Maria and Jay-Z have quarreled over something and the duo are displeased with each other. The Sun had revealed to the audience and fans that Maria Carey has left Roc Nation and a possible quarrel between the two is also hinted in the report. While official representatives of the two stars or the celebrities themselves have not confirmed or denied anything, a close associate or source has revealed some minor information on the quarrel. According to the source, Jay-Z and Carey had a huge disagreement that was on the topic of Maria Carey’s future.

Maria made the decision of leaving the talent company and the decision did not sit well with Jay-Z.  This also led to an argument but Maria clearly told the rapper that she is done with the company and is going to look for other managers. Maria Carey has huge plans for her career and is working on a lot of stuff.

She has recently spoken about her intentions of going on a world tour when the pandemic situation gets better. The music artist also has an album coming up which is based in the R&B genre of music. The quarrel may have happened due to these plans but we are still waiting for the artists to reveal the real reasons for the break. The source who shared the information also said that Maria will formally announce her departure to her fans and audiences in a few days. However another close source has reported the exact opposite of the first report.

The source has said that though Maria is indeed leaving the company, the break was not sparked by any quarrel and the departure was amicable between the duo. We can only learn the exact reason for the quit when the star’s themselves speak out. Maria Carey has recently revealed that she has signed with Range Media Partners. She has also said that there were no quarrels or misunderstandings between the two. Carey will work with Melissa Ruderman who was her manager at Roc Nation before she left earlier this year. Maria has tried to say that she shifted to Range Media because she felt more comfortable working with a smaller team.

What is Roc Nation Company and When Did Maria Join it?

Roc Nation is a talent management company that was established by Jay-Z in 2008. The firm has a multi-partnership deal with the company Live Nations Entertainment.  The form was founded to help both successful and budding artists to manage their career and fulfil their dreams.

The company has a huge talent agency, school, and clothing or merch line. Along with this it also deals and helps with  touring, production, management, media relations, publishing, philanthropy, and so on. The company has been operational for over 13 years and has helped many top celebrities to manage their career. Currently the top artists under the company are Jay, Sakira, Key Wane, Rihanna, Westside Gun, Jaden, Freeway, GASHI , and many more.

Who is Maria Carey?

Maria Carey is a popular music artist who is known all over the world. The singer and song-writter who paved her way to success after her 1990 album was a hit among the audiences. Carey is the first artist in ever to have their first five singles top rank 1 on the Billboard Hot 100. She is 52 years of age and was born in Huntington,  New York.

She has released several popular albums and singles and won many awards including 5 Grammys and 15 Billboard Music Awards. She is a legendary singer who has made a name for herself in the music industry through her songs. Currently the singer’s net worth stands at $300-$520 million. The artist even after over 30 years of her music career has not stopped or retired from the industry.

Jay-Z is an American Rapper who has been extremely successful in his career in the music industry.  The 51-year-old rapper is quite well known for being one of the most influential artists in the hip-hop genre of music. He has also helped launch various other artists through his company Roc Nation Entertainment which formed in 2008. The artist has won a staggering 23 Grammys and innumerable other awards and nominations throughout his career.

He has released several albums, singles,  and mixtapes throughout the years and has achieved great success in his field of music. He is currently married to another popular singer Beyonce and has two children with her. The rapper’s albums include 17 albums which are done both individually and in collaboration with other artists. He has also had a brief acting career and been a part of 9 films so far.