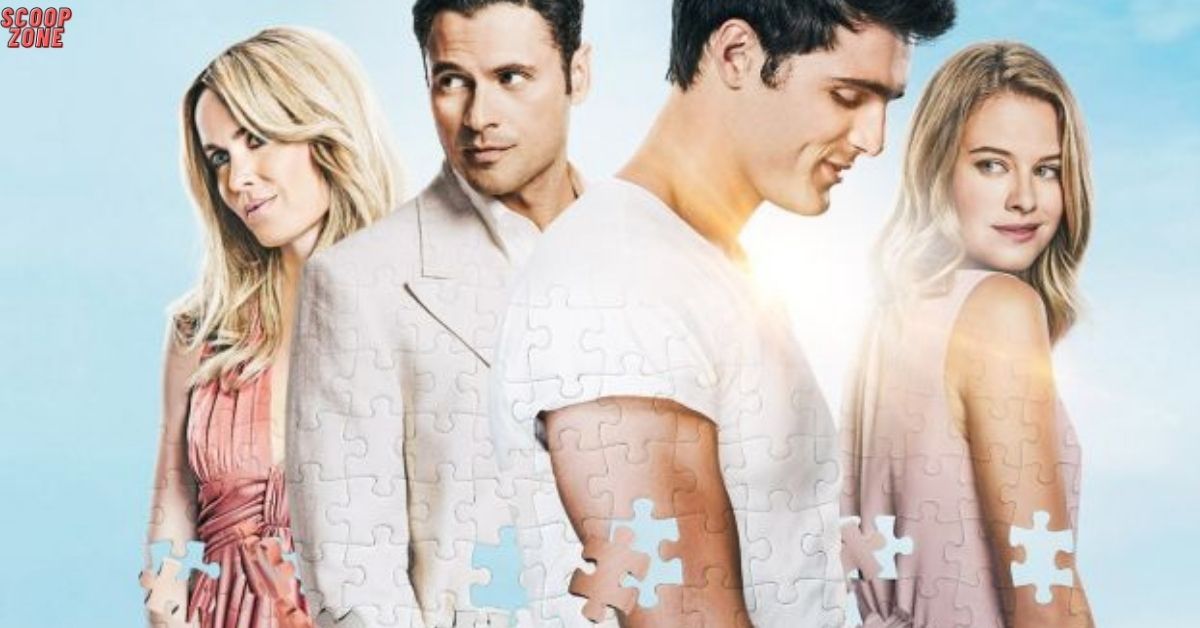 The 2020 film 2 Hearts has been re-released on Netflix and has become one of the top 10 Netflix shows in the US. The film is based on the true story of two couples who come together due to an unfortunate circumstance. The film was released in October 2020 but is now available on Netflix and is fast becoming one of the best shows on the platform. The director has shared stories about the cast and the filming. The show itself is a wholesome but sad one which will touch the heartstrings of the audience. No wonder it is gaining such acclaim among the audience. Here is more detailed information on the show.

What is the movie 2 Hearts about?

The show 2 Hearts is about two couples Chris Gregory and Sam Peterswho and Jorge Bacardi (Adan Canto) and Leslie Bacardi who are connected in a very special way. The show is set in different places and it explores how the two couples’ paths converge. You have to watch the rest of the film to know the plot and the ending as we do not want to give away too many spoilers. The film is based on the real story of two couples with similar names.

What is the real story behind the film 2 Hearts?

There is indeed a real story behind the film 2 Hearts. There are various similarities between the two and though it’s not an exact replication which film adaptations rarely are, the film is mostly based on the main events of the story. In the real story the couples are Jorge Bacardi with Leslie Bacardi and Chris Gregory with Jenn.

The name of Chris’ partner Jenn is changed in the film for some reason. Also in the original story of the real couples, Chris and were together but not legally married.  Chris had also died way earlier at age 19 without leaving any children. This is something which the film has changed. The organ donation scenes were more or less preserved in the film and Jorge did receive donations from multiple people. The couple Jorge and Leslie had stayed together and kept frequent contact with Chris’ parents.

Jorge sadly passed away shortly before the film premiered. The duo had also helped in funding of the film. The film also received a lot of information from the book All My Tomorrows: A Story of Tragedy, Transplant and Hope which was published in 2017. The book was authored by Chris’ father Eric Gregory.

The making of 2 Hearts.

The film 2 Hearts was being funded by the real-life couple Jorge and Leslie who is one of the couples represented in the film. The film has a run time of 100 which is roughly 1.6 hours. The film is directed by Lance Hool and co-produced by him along with Conrad Hool. The main members of the cast or the main characters of the film are Jacob Elordi (Chris Gregory), Adan Canto (Jorge Bacardi), Tiera Skovbye (Sam Peterswho), and Radha Mitchell (Leslie Bacardi).

These experiences has great influence on the actors who played these roles in the film. The film was produced by the company Silver Lion Films. The distribution rights were given to Freestyle Releasing. It had a good $15 million budget and was initially released in October, 2020.

After the initial release of the film, it received a lot of negative responses from critics. The main argument of the critics was that the film was too melodramatic and lacked structure. The website Rotten Tomatoes had an approval rating of 19% based on 27 reviews. The average rating stood at 4.4 out of a total of 10. Metacritic also had a bad rating for the film. The weighted average score was 29 out of 100 which was based on the reviews of six critics who found the film disagreeable. Cinemascore gave the film a grade B in a grade range of A+ to F. The film could only collect $1.3 million at the box office which is less than 1/10th of the production budget.

Rising Popularity of the film in 2021

Freestyle Releasing received the rights of  distribution to the film in June 2020. The film was originally supposed to be released on September 11, 2020, but the pandemic situation along with lockdown and restrictions on theatres the date was pushed back. It was finally released on October 16, 2020. After receiving a lot of negative reviews with a small audience attendance in 2020, the film kind of flopped.

However, recently Netflix released the film on their network and gave it a chance to win the audience. This time, the audience perspective changed significantly and the film has moved to Top 10 on Netflix which is highly commendable for a film that flopped recently. According to general reports, the viewers have found the film to be beautiful and tragic. Viewers have been expressing their love for the film on social media platforms.

Many viewers have approached the film thinking it to be a light-hearted romance and drama. However, the film had moved them to tears and won their hearts in the process. Many people so far have recommended watching the film. This reception of the film and the positive reaction of the audience is vastly different from the reception of critics in 2020. We can now safely say that Netflix was indeed able to redeem the reputation of the film and gave it a chance to shine.