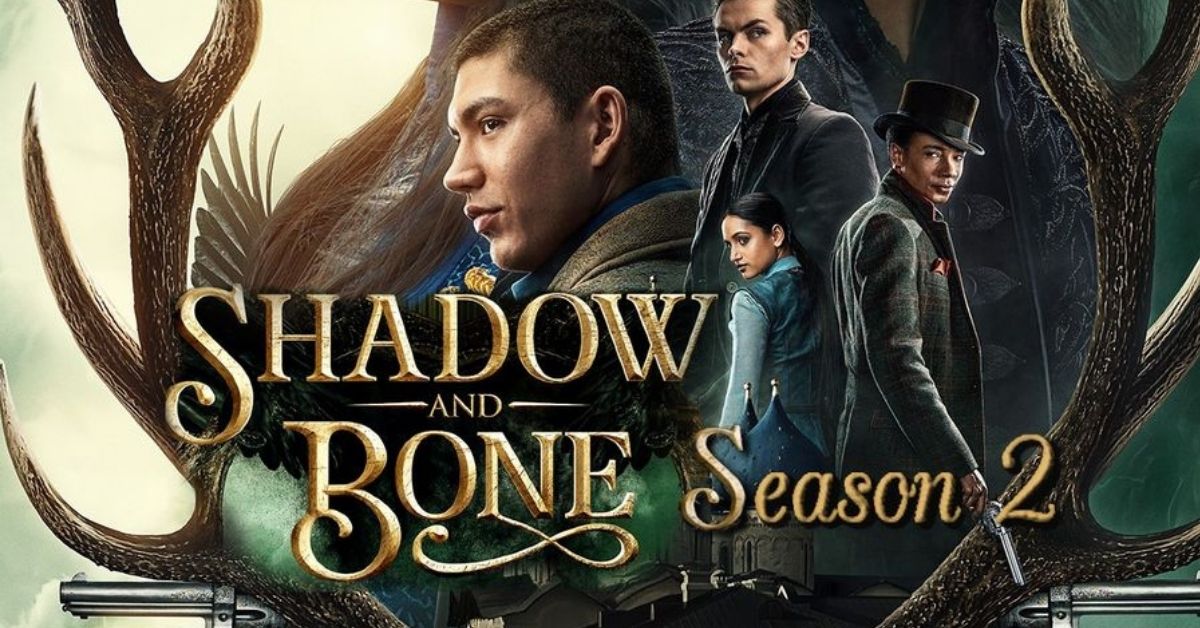 Shadow and Bone, the American fantasy show, has been officially been renewed for a new season and we could not be more excited! The first instalment of the series was everything that we could have hoped for and more and the fact that we would be getting an extension of such beauty has everyone back on their toes, their minds whirring with the new possibilities that come with the new season.

The alternate universe that is fondly called Grishaverse is a series based on two series of books created by American author, Leigh Bardugo. The trilogy that starts with Shadow and Bone is continued with the Six of Crows duology consisting of Six of Crows and the Crooked Kingdom. The very first season of the series premiered on April 21, 2021, adopting the Shadow and Bone book and another original plotline featuring the Crows. Now this month, June 2021, the series is back with another season.

The premise of the story

Shadow and Bone, set in a war-torn world, follows the story of Alina Starkhov, residing there as a cartographer. A sudden turn of events has her realise that she is a Grisha (a person who can perform ‘small science’). The extraordinary power that resides within her has the ability to summon light, something that can save her homeland free from a dark entity called The Fold. The Fold is filled with dark creatures called volcra.

When this ability is revealed to the world and the knowledge spreads that she could be very well the key to the solve everything bad, malicious forces come after her to take her down. As the story continues we see immense growth in her character, as she continues to make friends and foe along the way.

The real appeal of the series

One of the things every fantasy watcher who has seen through the years books getting adapted to movies and series, the stark difference between them turns them away from the very start. Directors and producers in an attempt to make it more appealing or the inability to adopt certain plot points tend to change things as suitable to the screen. This is big turn off for the watchers who are seeking the same authenticity as the books. And this is something that Shadow and Bone perfectly understood. They have tried their best to keep the plot as it is (including the ages as it is something that is done to appeal to younger audiences).

Another great thing is definitely the fact that none of the characters seems forced. Adopting the characters from the books is a real challenge as adopting their essence is really important. If the characters are forced upon the actors, then they are unable to do justice to it. And kudos to the actors of Shadow and Bone who have really blended in with the characters to bring the best out of them. Every character is the same as their book self and some half-willed attempt to portray them.

And the story itself. Fantasy is such a cliché genre with thousands upon thousands of books coming out each year. So producing something unique is very hard. But Bardugo certainly penned down the story beautifully with the dystopian genre perfectly blended with fantasy. What makes it even better is the female protagonist (a strong female lead is everything we want and more). She is the epitome of an imperfect hero that struggles to work with her newfound status. She is not an obnoxious lead that has grown another head or had a resurgence of confidence. She is a struggling hero but one who is willing to learn along the way and willing to admit her shortcomings.

Something to look forward to in season 2.

Why do we recommend it?

Netflix had rightfully taken a huge gamble in the first season of the series. Heavy investment in the production of the series with its mystifying and mesmerising worlds. The show has not just thrived because of its amazing character developments and intriguing plotlines but also the eye capturing worlds. The setting of them and the blend of colours are so captivating that once they have caught your eyes you won’t be able to look away.

The creatures that are made from graphics are on just another level (or at least at Witcher quality so you know what we are talking about). And the sound effects that accompany the scenes makes them even more terrifying and easily evoke emotions within you. And if you aren’t blasting the score of the series then what is even the point.

And if that was not all we have a diverse cast available right there for you to enjoy. A time when most of the series cast white actors, the series features Indian and Nepali. What more is the clear representation of various race and sexualities. Even the most avoided topics of immigration have been taken into context and represented beautifully on the screen. The cliché that comes with a lead female protagonist has been turned completely around and we are seeing something different unique.

Performance of the first season

Per Netflix’s self-reported numbers, more than 55 million member households sampled the epic fantasy series in its first 28 days. That places the show 8th on the most-watched English TV shows of all time (at least according to released Netflix statistics). This also lines up with collected top 10 data too. It’s currently ranked eighth for the number of points gathered globally behind Vincenzo but in front of Snowpiercer with a respectable 16,342 points gathered worldwide. It’s also had the 14th biggest first-day debut on Netflix too since March 2020.

What’s more, Shadow and Bone made the streamer’s Top 10 list in 93 countries around the world and hit No. 1 in 79 countries (including the U.S., Australia, Brazil, Germany, Russia, Spain, and South Africa).