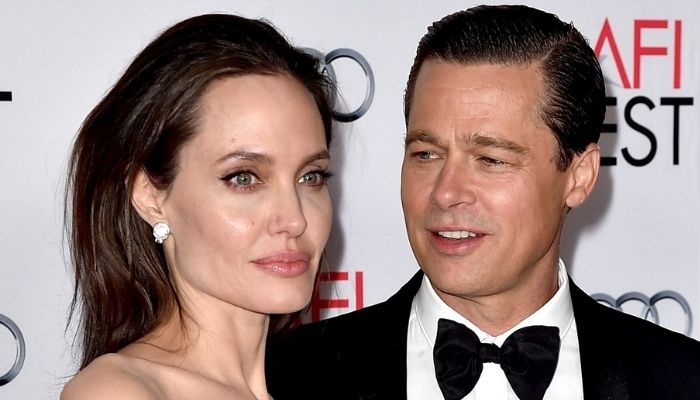 Brad Pitt has been awarded 50/50 custody of their kids by the courts after a trial was conducted to decide on the custody agreements. Tensions are still brewing between the couple and the decision may cause further conflict. Angelina Jolie has met with a huge loss after the hearing as she had sued for full custody.

Brad Pitt has expressed his excitement and relief after winning the custody battle. He now has 50% custody of their five minor children. While the decision is said to be “tentative”  it is believed that the arrangement is permanent as it often happens in tentative rulings.

Things took a bitter turn for Angelina Jolie as she suffered a big loss during the custody battle. The popular 45-years-old Hollywood actress has been pinning for full custody with supervised visitation from their father. Angelina had allegedly claimed that Brad had been involved in domestic violence and had hit their kid.

These claims were later dismissed by social workers. Angelina still tried to exclude Brad from their childrens’ lives as she fought full custody with minimum visitation. However, the court refused to grant her full custody as they found her claims to be insufficient for Brad Pitt to lose parental privileges.

The trial heard the testimonies of various witnesses and even psychiatrists but still found Brad Pitt not competent to lose custody. The battle has been ongoing for a while and finally a decision has been reached. As per this development, they will be sharing the custody of their 5 kids. Their oldest who is 19 and an adult has been exempted from visitation or custody rights.

While the six children are not all biologically related to Brad Pitt, he was granted custody due to legal adoption of the children by him. Before their marriage, Angelina had the sole legal guardianship of Maddox and Zahara.

However, after their marriage the children were adopted by Brad Pitt in 2006. As per laws, the adoption made Brad their legal guardian and warranted him custody rights which were equal to Angelina’s.

Angelina Jolie and Brad Pitt have been a Hollywood iconic couple for a long. Their relationship was followed by a lot of fans and the couple were deemed to be a perfect match for each other. The glamorous couple caught a lot of media attention with their whirlwind romance and have never left the spotlight since.

They married in 2014 after a long romance. They have three biological children with a pair of twins. They also adopted three children internationally. However, in 2016, Angelina Jolie filed for divorce citing violence on the part of Brad Pitt. Angelina Jolie said Brad Pitt had allegedly gotten physically violent with their child during a flight.

FRIENDS Reunion Hits The Television; Speculations Are Made On The Actors’ Payments
Doja Cat Slays The Sheer Look In iHeartRadio Music Awards
Comment