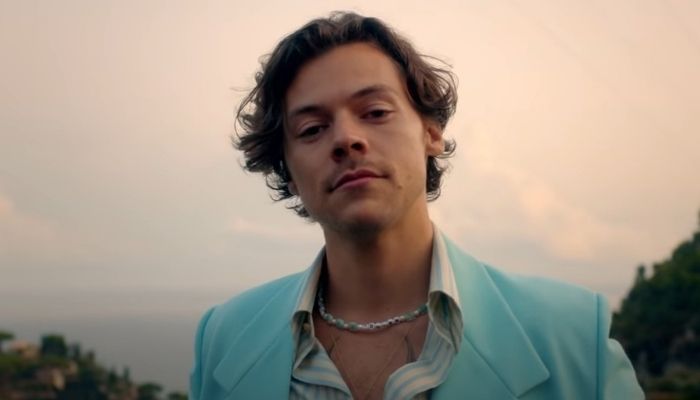 Harry Styles has been reported to be named as the director of a newly registered makeup and perfume brand in the UK.

The 27-years-old singer and his assistant Emma Spring have been stated as the Directors of this new and mysterious makeup company. Harry’s fans are already extremely excited and hyped about this information and they are looking forward to more positive news from the star’s public social media accounts or press releases.

A company named “Pleased As Holdings Ltd” has been newly registered with the UK Company Directory. The registration was finalized on May 25th of this year. We do not have any information about this company except that it is related to the beauty and fashion industry.

In the official documents of the registration, Harry Styles and Emma Spring have been marked as Directors which means they will be playing a significant role within the company. Now the implications of this position may mean a number of things. The company may be Harry Styles’ new brand that he will launch this soon year.

The celebrity singer may be involved with the creation of a glamorous makeup and perfume line that will be his first step into the beauty industry as an entrepreneur. The position of the Director may also mean that he will just be involved with a launch of makeup and fashion with collaboration with the mentioned brand. The fact that he also has his long term assistant and friend Emma Springs, may hint that the singer has a more serious role to play as the Director of the company.

Harry Styles is an extremely popular musician who has a huge fanbase. The singer has been popular since his teen years when he was a part of the band “One Direction”. He has won many awards as a member of the band and has recently shifted to being an individual artist. Even as an individual musician Harry was able to bag many awards including a Grammy. With an estimated net worth of $75 million he is nothing short of an icon for both teens and adults alike.

Harry Styles is also becoming increasingly popular due to his flamboyant and creative styling ideas. The singer has been often seen in clothes and get ups which have a feminine touch to it. He has now become an icon for genderless clothing and fluidity of fashion identity.

The singer even wears colorful and highly styled nail polishes and manicures which makes him stand out in fashion. He is also the first male celebrity to have a solo feature in the cover page of Vogue magazine. Due to his history of making bold fashion statements, media and fans have suspicions that the star is indeed planning to launch his own unisex and genderless makeup brand. Fans have expressed their support and have already planned to save their money to get their hands on whatever the celebrity comes up with. However, the original intentions and plans of the star remain to be confirmed by him through his public accounts.