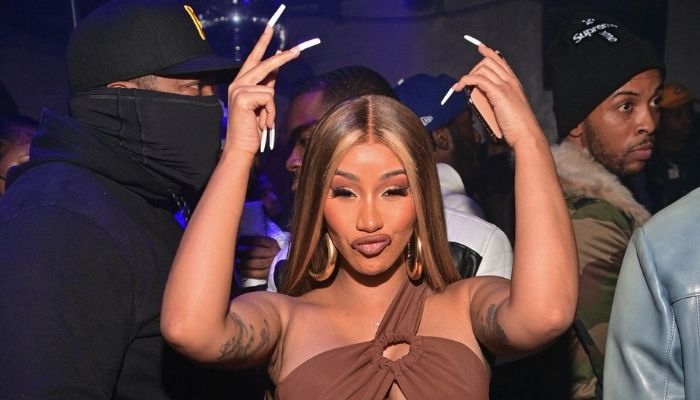 Speculations are going around that Cardi B might be invited to host the WWE SummerSlam 2021. The WWE representatives have hinted that they would bring a big celebrity to host this year’s event. The celebrity has already been showing a keen interest in WWE for a long time now so it is quite expected that the representatives will try to get her. Cardi B with her fierce personality will surely be a good fit for the show.

Frightful Select has revealed to the media and fans that WWE is trying to set up a deal with the celebrity rapper Cardi B. They may be thinking of having her host the SummerSlam 2021 which is a big WWE event this year.

In the past, WWE CEO Nick Khan has told Forbes that they would like to work with Cardi in the future. From what we see so far, their wishes might be fulfilled after all. It is not quite clear if they already are in a process of negotiation but the talk about the matter is definitely happening. The representatives of WWE will definitely confirm the audience on the matter through press releases or social media posts.

WWE SummerSlam 2021 is set to take place on 21st August of this year.  The venue of the event has not been declared yet but the audience have been waiting patiently for them to confirm the venue. WWE has already set to start their first non-virtual tour from June 16th of this year. Last year the coronavirus pandemic made it impossible for WWE to host live shows with audience attendance because it could increase the spread of the virus.

The nationwide lockdown also severely hurt business for WWE and after restrictions were relaxed they had to do virtual shows with no in person attendance. The event “Money In The Bank” is a pay-per-view show with the audience attending in person. SummerSlam is also going to have a present crowd watching live from the galleries. Allegiant Stadiums in Las Vegas is rumored to be the possible venue for the SummerSlam this year.

Cardi B is a sensational rapper and song-writter with a huge following. The artist is known for her raunchy songs and highly energetic and creative music videos. She has also been a part of reality TV till 2017.

In that year, Atlantic Records signed a contract with her and her popularity grew ten folds after. Her album “Invasion of Privacy” has broken records and emerged as the top female album of the year. She is in general a very energetic person with a bubbly personality and a keen sense of humor.  This aggressive and strong personality makes her the perfect host for the SummerSlam of 2021. She has always been an avid follower of WWE shows and has often posted about it on her public Twitter account. The mother of one will definitely be a good pick for the show and will also attract a lot of crowd due to her huge fanbase.

Dove Cameron Comes Out as Quee; Says She Refuses Her To Hide Her Identity Anymore
Gordon Ramsay Is Called Heartless After Masterchef Video Trends
Comment