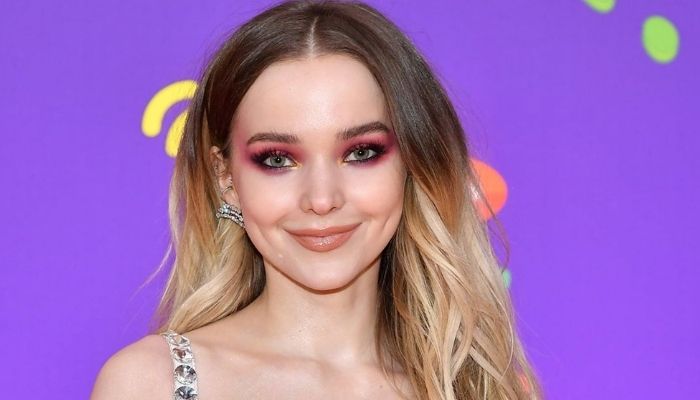 Dove Cameron has very recently come out as a queer person to the public and media. The actress and singer has been struggling with her identity for some time and has finally cleared doubts about her personal life.

She had been hiding her identity for years due to the fear of ostracisation and criticisms. The actress has now embraced her identity and hopes it will serve as an example to other closeted people.

Dove Cameron chose to declare her queer identity in an Instagram live that was conducted recently. The actress live streamed her confession and confirmed suspicions of her being queer. It is unclear whether the decision to come out was impromptu or it was planned by her.

She states that the recent changes in the entertainment and film industry has helped her to gain confidence and embrace her identity. For an interview with the Gay Times magazine she said that she said that her being in the closet was a sacrifice she made to please people. However, as time passed on the actress felt agitated and uncomfortable with the secret. After making the confession she now feels that she can love herself and she does not need everyone’s validation to accept herself and be happy.

The 25-years-old star was an actress for Disney in the show Liv and Maddie. She had nailed her character and rose to fame with the series. She was even awarded a Grammy in 2018 for her outstanding performance.

She has also played the role of Mal in the FIM series named “Descendants”. In 2015, Dove Cameron released her first song album for Liv and Maddie. Since then she has released several songs for many films and has become quite popular.  The series of Liv and Maddie was concluded in 2017. Her recent achievement was winning the Kids’ Choice Awards for favorite movie actress in the film Descendants 3.

Pride month is all set to begin in June as every other year. The pride month also seeks to commemorate the Stonewall Riots which marked the beginning of mass demonstrations in favour of queer people rights. The month is celebrated by conducting rainbow colored parades where people express themselves beyond social and gender norms. It seeks to advocate the freedom of self-expression and equal rights for the gay community.

Dove Cameron is one of many celebrities and artists who have come forward with their queer identities and narratives. This is slowly revolutionizing the entertainment industry which previously held a lot of stigma towards queer artists. Celebrities like Ellen DeGeners, Kristen Stewart, Elliot Page, Sarah Paulson, Lena Waithe, Sara Ramirez, Brandon Flynn, Miley Cyrus, Billie Joe Armstrong, etc. have publicly come out as queer.

Dove Armstrong says that she has been inspired and motivated by the journeys of these people and felt safe to come out to the public. She has also urged closeted queer people to accept their identity and love themselves as they are. Her declaration and inspiring words will definitely help her queer audience find peace with their identities.

Jay-Z Shares His Experience of Fatherhood And Gives Valuable Insight
Will Cardi B Host WWE SummerSlam in August?
Comment