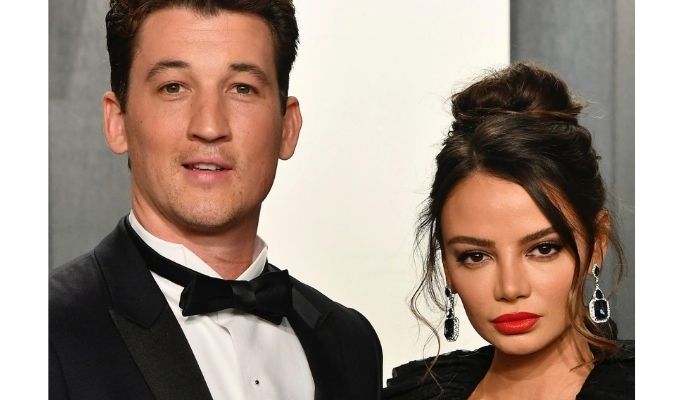 Miles Teller has posted on his Twitter account that he had faced unprovoked assault during his holiday in Hawaii.

The actor reported that the assault was conducted by two unidentified men and it was completely unprovoked. His wife Keleigh Taylor also came forward to dissolve any rumors regarding the identity of the perpetrators. Miles vaguely criticized sports spokesperson Pat McAfee for unsympathetic comments. The matter is now being looked into by the Maui police department.

Miles Teller was allegedly assaulted in a restaurant restroom that is located in the western region of Maui, Hawaii. The 31-years-old actor was punched in the face by two men in the restaurant.

Miles claims that he doesn’t know their identity or motive in targeting him. The Maui Police had received a complaint of assault and violence in the restaurant and had nabbed one person of interest who is now being questioned by the police. The Teller family thinks that the perpetrators did not have any specific motive and only wanted to harass some people.

Several rumors went around the internet that the assault was the result of a private dispute between the couple and the perpetrators. Many speculated that one of the accused is a wedding planner who was not paid his dues by the Teller family after their 2019 grand wedding. However,  Keleigh Teller has made a post on Instagram that cleared those rumors. The post says that there was no prior connection of the family or Miles with the accused.

Any rumours about wedding bill payments were baseless and untrue. Miles himself had said that he had never seen the faces of the accused before and was taken by surprise with the attack. No evidence of arguments or insults have been found yet. The Maui Police Department is handling the charges and will be updating on the case when possible. Miles has appreciated their help and praised them for their services.

Miles Teller also posted on Twitter about Pat McAfee’s insensitive post which made fun of Mikes’ assault and injury. After the public tweet was made by Miles, Pat McAfee issued an apology and said he will correct his mistakes. Pat McAfee is a 31-years-old sports analyst and is a former football player. The tweet he posted read “WOW Miles Teller didn’t even eat a shot that hard” which was said during a commentary on a wrestling show. The insensitive comment had offended Miles.

Miles Teller is a prominent actor in Hollywood and has gathered fame after several remarkable performances over the years.

The Actors has played various roles in movies like Whiplash, Bleed For This, 21 and Over, Thank You For Your Service, and so on. The actor has now acquired the position of the producer of The Offer which is an upcoming series from Paramount+. Miles serves as a replacement of AI Ruddy who was dismissed due to an allegation of sexual assault. He was vacationing in Hawaii this month when he was attacked by strangers. The case is still fresh and fans would have to wait for further details.