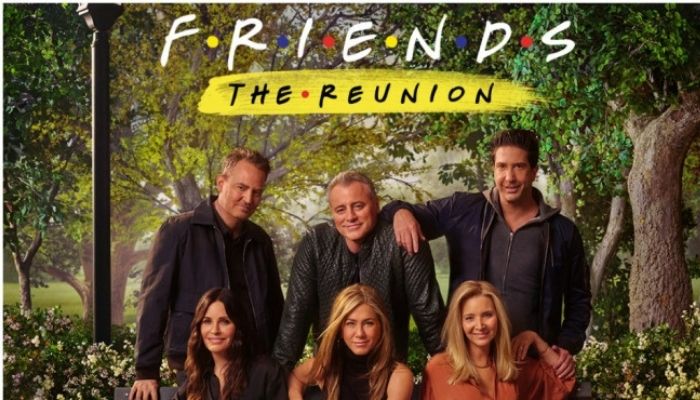 China has reportedly censored the new special episode of FRIENDS due to the presence of various celebrities in the show. The episode had 6 minutes removed from it which had parts of various music artists who feature on the special episode. These names include Lady Gaga, Justin Bieber, and korean band BTS.

FRIENDS released a special episode for its fans worldwide on May 27th of this year.

The episode titled FRIENDS The Reunion was aired on HBO Max and could be viewed by people all around the globe. The episode though garnered a lot of praise from fans a s media, was highly censored in China.

The first celebrity who was censored in the show was Lady Gaga. Lady Gaga had been banned from the country due to her decision to meet up with the Tibetan spiritual leader Dalai Lama.

Lady Gaga visited Dalai Lama in 2016 and this was taken as an offense by the Chinese government who is not sympathetic towards the Tibetan leader. After being banned from holding concerts in the country, the government also decided to censor her in the episode. Lady Gaga had sung the song “Smelly Cat” with Lisa Kudrow in the episode. The Chinese version showed Kudrow playing the part alone.

The next celebrity to have been censored is Justin Bieber.

Apparently the popular singer had been disrespectful towards China after several incidents which offended the Chinese government and fans including his visit to the Japanese War Shrine in Tokyo. This also led to him being banned by the country. Like Lady Gaga, his part was also censored and removed from the episode.

The extremely popular Korean boy-band BTS had their feature removed from the episode as well. They too have been accused by the Chinese of being disrespectful towards their culture and history. The band received a prize for their efforts of building relations between America and Korea. Chinese citizens were furious that they failed to mention Chinese contributions to the Korean War. The part of Matt LeBlanc and the jellyfish sting has also been removed from the show for some reason.

Chinese fans were utterly disappointed after the episode was aired and many have expressed their concerns and complaints online. Fans were looking forward to the episode and the edited version failed to satisfy them.

The newest episode of FRIENDS has everyone.seriously hyped for the show after it had finally stopped filming in 2004. After nearly 17 years, the show decided to air a special episode for its ever-increasing fan base who earned them millions in revenue each year. Almost all the original actors were called back for the special episode and both the cast and viewers were extremely emotional after watching it on the 27th of May.