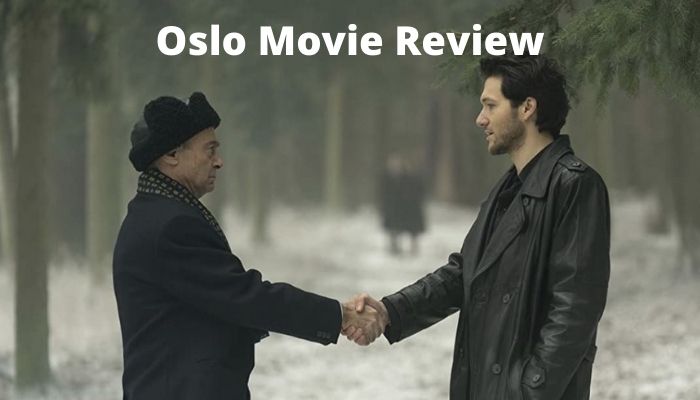 The movie starring Ruth Wilson, Andrew Scott a picture of a biased history but certainly right there

Coming out during a very tumultuous time, within the raging wars between Palestine and Israel, this movie sets out to portray a better time when they finally decided to broker an agreement for a better time. A movie that created waves of hype amongst the audience came out on the original network of HBO on 29th May 2021. The anticipation of the release had the viewers moving to the platform on the release day to judge the movie themselves.

The movie has sparked several debates over various platforms. The direction, acting and accuracy were all the subjects. The movie certainly delivers on the front of immaculate and breath-taking mystery that intrigues and captivated viewers. The movie has garnered positive reviews from the audience and critics, but just like every other Hollywood movie capturing the historical accuracies of other countries, it is a little skewed.

The movie draws its plot and inspiration from J. T. Rogers’ play of the same name- Oslo. It is an award-winning play that displays the Oslo peace negotiations and agreements that were carried out in the 1990s. The movie beautifully draws out the historical Rose Garden Handshake, which took place in the White House between Israeli Prime Minister Yitzhak Rabin and Palestine Liberation Organization chairman Yasser Arafat.

Breaking down the Hollywood View

Like every other movie that tries to bring out the historical drama, this movie too falls short on the actual portrayal. It is undeniable that the movie took into account everything it possibly knew about the deal and the events preceding it. Then again, it is an Americanised version that tilts everything to its perspective. When presenting the Palestinian diplomats are the epitome of how Americans think they should look like- stoic, nationalistic, sentimental. Certainly not people but caricatures of people.

On the other hand, Israelis are the more level-headed individuals who are given more importance- not outrightly but subtly. The camera spans the area around the negotiation table and tries to establish the word of Israelis as the final over Declaration of Principles. It might come from the fact that America has historically favoured and acknowledged Israel more than the Palestine.

The movie also tries to glorify the role America played in the brokering of the deal. Emphasis is placed again and again on their place of importance rather than focusing on the Norwegian Couple, who were the ones responsible for carrying it out. Oslo has tried to push this superiority in its storytelling and narrative way too much that it is sometimes a bit too overwhelming.

Again, the role that it seeks out to fulfil is still there. A historical negotiation between two nations. However, it is the underlying message that comes with such a movie and fails to impact an individual. It reeks of the need for sympathy but then downplays the PLO and where they came from.

It is an excellent movie that is star-studded with exquisite acting and directorship with fillers and graphics that would hold you captive. It is definitely worth a watch but never with a blind eye. Do not take it at its face value but respect the place and level of effort it seeks out to achieve.