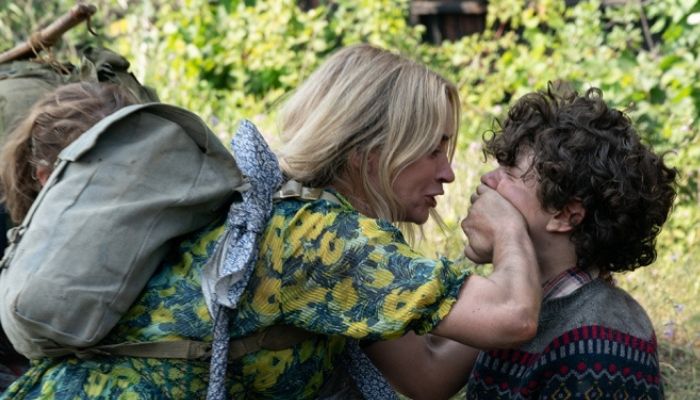 Since the release of the second movie of A Quiet Place, the earnings have not stopped coming in for the movie. The first day earning of the film has been recorded at $48 million which is a very high amount for a movie to be related during the pandemic. The movie is expected to collect even more during this week.

The film is one of the most successful ones to be released in theaters after a good number of cinema halls opened up this month. Paramount studios are hoping that the number will rise as the weekend comes to an end. The achievement has also given immense hope to the film industry who suffered great losses last year.

A Quiet Place II has finally hit the theatres and has reportedly earned a lot of money since its release. The film has made around $48 million in America which is quite close to what the producers were expecting in the pre-covid times. The first has also made around $340 million worldwide and is being expected to generate more revenue at the end of its theatre life.

The film has been released in theatres after being put on hold for over a year due to the pandemic. The original release date of the film was set in March 2020 which was canceled due to the lockdown brought on by the coronavirus. Instead of being released online, the team decided to stall it and wait for the right time. From the first days’ income alone it can be said that the decision was a wise one.

The film industry had been hit pretty hard due to the pandemic since last year. Since entertainment does not fall under the essential sector, the government was reluctant to relax movie hall restrictions last year.

This year with increased vaccination of people, things have finally started to look up for the industry. The government has allowed movie halls to open in the country and guests are welcome as long as they follow proper cobid protocols. Recently, President Joe Biden has declared that US citizens who have been vaccinated have the permission to go mask-free even when they are out of their homes. The film theaters have seized this opportunity and many have declared that vaccinated guests will not have to wear masks inside the movie halls. Non-vaccinated guests will remain masked with the occasional break for snacks.

The box office income of A Quiet Place II along with Cruella which was released a little earlier with an income of $37 million has given hope to the industry. The sales mark that guests are still interested in the physical experience of watching movies after having to make do with streaming them online at their homes.

A Quiet Place II is a sequel of the first movie A Quiet Place which is based on the horror genre. The film is directed by John Krasinski who is well known in the industry.  The movie is about a family that has to survive a i

Post-apocalyptic world. The film has several prominent actors like Emily Blunt, Cillian Murphy, John Krasinski, Dijimon Houston, and so on. The movie will be live in theatres for 45 days after the release date. After that, fans and new viewers will be able to stream it online on Paramount +.