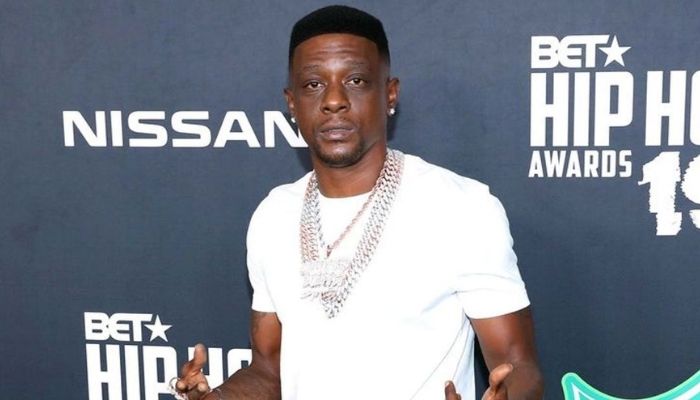 A shooting took place during a filming of singer Bossie Badazz’s music video. The star singer hasn’t suffered any injuries. One man was shot and has succumbed to the wounds. He died in the hospital.

The shooting was a result of an argument between the shooter and the victim. Suspect has been caught and an investigation is underway. This is the second case of shooting that the singer had to face.

On 29th of May, a shooting incident occurred in sets where Bossie was filming his latest music video. The incident occurred in Huntsville, Alabama where the video was taking place. A video of the shooting has gone viral on the internet where people are seen running for their lives after gunshots are heard in the background.

The shooting occurred somewhere around 4:30 pm and the Huntsville Police were called to investigate. The police arrived at the crime scene and found a young man bleeding from a gunshot wound. The victim was rushed to the hospital and was in a critical condition. The man has been identified as a 20-year-old Randall Strong Jr. The police had some difficulty in questioning witnesses as many people were getting away from the scene and did not want to talk about it. In the video we can see that firearms are being carried by many but they do not use it on camera.

The Police tried to locate the suspect for two days and were unable to find him. Finally, the absconding suspect surrendered himself to the police on Sunday morning. The suspect has been identified as 22-year-old Christopher Kwan Freeman who shot the young man in the heat of an argument.  He has confessed to the crime and is being charged with the murder of Randall Strong Jr. He will be tried at the court shortly.

Boosie Badazz has already been a victim of a shooting last year. In September 2020, the 38-years-old rapper was shot in the leg and had to be hospitalized. The incident happened in Dallas,Texas where a candlelight vigil was being held for the rapper MO3. He has been recovering well and has only recently started to get back to work. This new shooting incident must have been quite traumatic to him as he is still recovering from the wounds of the first one.

Boosie Badazz has become a prominent rap artist in America due to his famous hip-hop songs. He used to be a part of the collective Concentration Camp which he left in 2000 to make a solo hip-hop career for himself. He then signed with Trill Entertainment and released 7 solo albums. He also has released 42 mixtapes and 6 albums in collaboration with other artists. His latest album “In House” has received a good response from his fans. Since the first shooting he had been on a break to concentrate on his health. His new album is in the making and will be released this year.