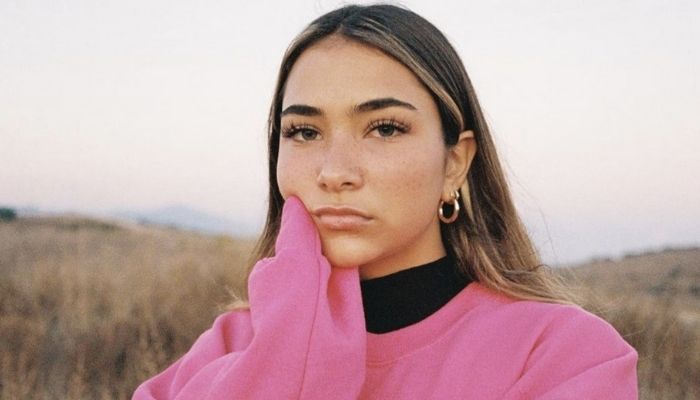 Sienna Mae Gomez is the new internet sensation who’s gripping the social media platforms by storm. She is known for rising to fame for her body positive videos that has captured the heart of millions across the world who appreciate her for speaking on less talked about issues. She started posting videos in the early 2020 but her video, posted in August, which featured her dancing in her kitchen with her stomach exposed was the one that blew up on the internet, with her calling out the stereotypical norms of beauty and transcending it.

Her efforts and messages portrayed through her videos has even drawn attention of Lizzo, the famous singer known for her song ‘Juice’. A star who is just 17 years old gained overnight fame with her video reaching over 18 million views.

Her growth has been incredible, gaining over 5 million followers in just two months, across two different verified accounts. Since achieving stardom, she has collaborated with several famous TikTok stars including Jayden Barba. She is also very active on other social media platforms with over 419k followers on Instagram. Her net worth which stands at $200,000, is a sign of her growing prowess as a rising star.

Despite being at the top of her career and gaining image as a positive influencer it seems that she too cannot remain far from the heart of controversies. Accusations alleging her for sexually assaulting her boyfriend despite having him set boundaries have been surfacing on the internet. Jack Wright and Sienna who have been dating for quite sometime were the picture of couple goals with them constantly uplifting each other in TikTok videos and Youtube Challenges.

But all of this seemed to be challenged when Mason Rizzo, a close friend of Wright, called Sienna out for her toxic behaviour. He has revealed how Wright has been assaulted by her over the span of their relationship.

With the already established allegations of assault, Rizzo has also revealed more controversial claims against Sienna. He has pointed the verbally abusive behaviour she had against some classmates back in school. He has taken to twitter to point all her wrong doings against his friend.

Jack and James have been my best friends since kindergarten. pic.twitter.com/FW7IY9MhEr

He points out how Sienna used to verbally assault him by asking him to ‘kill himself’ and ‘sexually assaulting him when he clearly set boundaries.’

aw remember when she called me fat at school last year♥️

Since then the tweet has garnered attention by other members of the school with one user recalling how she called her fat. Supporters have come in to voice their concerns and uneasiness about the accusations and hoped that the issue would be resolved soon. It has caused outrage amongst the users who are being persistently vocal in not letting this issue slide and calling Sienna out for her hypocritical behaviour. They have expressed his discontent with her videos which on one hand promotes body positivity while on the other hand brings people down for their weight.