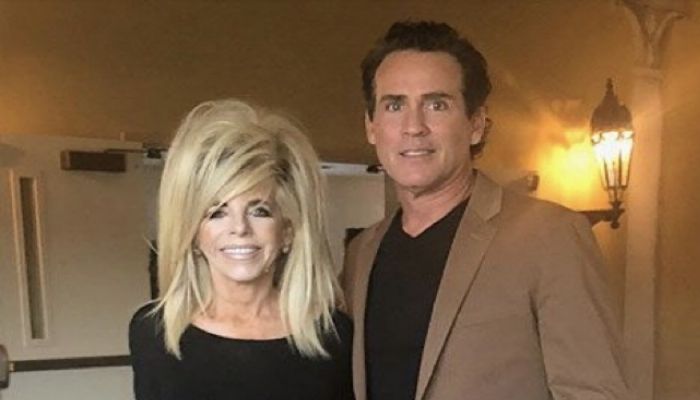 Joe Lara: Known for ‘Tarzan-The epic adventures’ the American actor was declared dead in a plane crash that also killed his wife, Gwen, and five other passengers.

Joe Lara, famous for his role as Tarzan in the series ‘Tarzan: The epic adventures’, was a victim of a plane crash that claimed his life. The private jet headed for Palm Beach International Airport, Florida, carried seven passengers, including Joe and his wife, a Christian diet guru, and five locals.

According to the reports by TMZ, the jet, a Cessna 501, left the Smyrna Airport on Saturday at 11 AM (local time) outside of Nashville for its destination. It crashed in the Percy Priest Lake, Tennessee, just a few moments after the take-off, 12 miles south of Nashville.  John Ingle, Rutherford County Fire Rescue (RCFR) Captain, has confirmed that the stretch of rescue operation spanned across a half-mile debris field around the lake.

The reason for the crash has not yet been revealed.

After the accident, the fire and rescue crew was dispatched immediately to carry out the rescue operation. The operation that was carried out through the night revealed the death of all the passengers with no known survivors. The families of the involved people were notified promptly, and an investigation is underway to reveal the possible cause of the crash.

Saturday witnessed a change in the rescue operation, which has been reduced to a search operation for the victims, reported Captain Joshua Sanders, RCFR incident commander, in a press conference.

“We are no longer in an attempt to (look) for live victims at this point so we’re now recovering as much as we can from the crash site,” he said, addressing the reporters.

The afternoon of Saturday, RCFR reported on Facebook that the recovery operation has yielded several debris and remains of the plane along with human remains in the field. They would continue with the operation until dark and resume it back at the morning of Monday, they wrote further.

Lara is fondly remembered for his infamous role as Tarzan in the series that spanned 22 episodes. The series, which portrayed him as the king of the jungle, aired between 1996 and 2000, shot him towards his fame. He is also known for starring in other fantasy-action movies throughout his career, some of which include ‘Sunset Heat’, ‘Baywatch’, ‘American Cyborg: Steel Warrior’, ‘Gunsmoke: The Last Apache’, ‘Steel Frontier’, ‘The Magnificent Seven’, and ‘Tropical Heat’, and more.

His wife, Gwen Shamblin Lara, with whom he got married in 2018, was the Christian Weight Loss group leader named Weigh Down Industries. She established and founded the group in 1986, and then in 1999 founded the Remnant Fellowship Church in Brentwood, Tennessee.

TMZ reported that they have left behind three children who would continue their legacy.