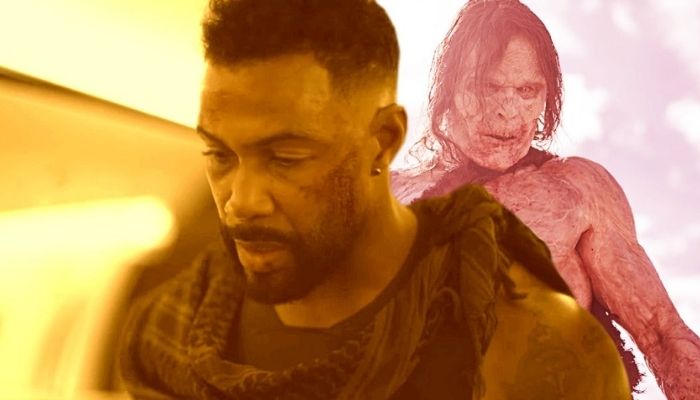 In an interesting discovery, it has been found that the ending of the film Army Of The Dead is foreshadowed at the beginning of the film itself. The character Vanderohe sports a special tattoo on his chest which points at his fate that the ending seems to confirm. The tattoo of the Delta sign showed that he may turn into one of the zombies and join in the spreading of the infestation. However, clear answers about the outcome of the fatal bite can only be confirmed when the sequel comes out.

Vanderohe who is one of the central characters of the film Army Of The Dead gives away the fact that the film has a dark fate in store for him. Vandehore is seen sporting a delta sign tattoo on his chest which says that he might become the delta zombie and become a part of the problem he is trying to stop.

The film does indeed end with Vanderohe leaving a destitute Vegas in favour of Mexico where he would be free from zombies. Ironically, he is bitten by the alpha zombie before he gets on the plane and that clearly shows his dark fate of becoming a delta zombie. His safe haven in Mexico might just turn into a living hell if he does indeed become the delta zombie.

It must also be noted that he is just one of the two characters who managed to escape from Vegas. Although in Vanderohe’s case, the future doesn’t seem to be too bright and neither does the fate of the city where he is headed to.

The film Army Of The Dead is a horror movie directed by Zach Synder. The film depicts an apocalyptic phase on earth where zombie infestation is rapidly taken over the population. Two casino owners in Las Vegas arrange a team to infiltrate the vault that has $200 million. The team is assembled and they start their venture.

However, the owners have them fooled and ultimately claim that they were using the team to help build a zombie army for the government. Meanwhile, the authorities have called for a nuclear explosion in the city to wipe out the infestation. The team mostly dies except for two characters who can escape. Vanderohe played by Omari Hardwick is one of the characters who can escape. However, on his escape to Mexico, he finds that he has been bitten by the alpha zombie. It is hinted that Vanderohe will become the delta zombie in Mexico and infect the city.

The film was set to be completed last year but the covid restrictions posed a problem. One of the cast members had to change after allegations of sexual harassment which further added to the delay of completion. However, in March this year, the team declared that the filming process had been completed. The movie was released in select theatres on the 14th of May. The film was released on Netflix on May 21st only a week after the theatre release. The film has been quite successful in the Box office and has already bagged $1 million after its 10-day release.