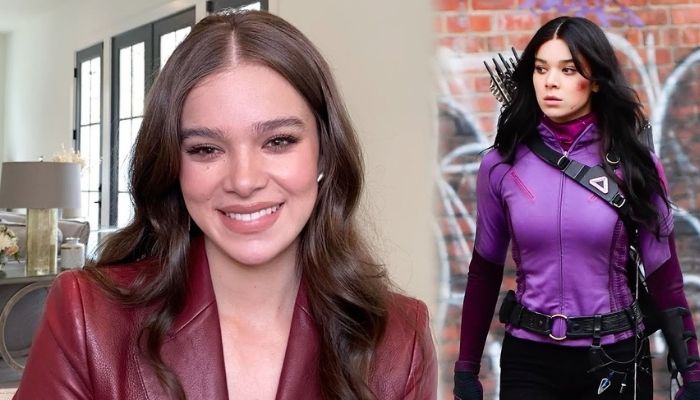 Hailee Steinfeld has recently shared that she had taken up archery to prepare herself for the part of Kate Bishop who will be featured in the upcoming series based on the story of Hawkeye.

The actress has said that she has fallen in love with the sport and has developed some amazing skills that she can show off. She said in an interview, ” As far as a bow and arrow goes, I’m pretty damn good! And I’ll say it’s something that I genuinely, really enjoy. Not something I’ve ever picked up, a bow, before this project. So something I definitely recommend – it’s a sport that anybody can play and start at any point in their life. And it’s truly therapeutic and just amazing.

Not something I’d ever see myself doing. But here I am! And I absolutely love it.” She had even taken up the comic to learn more about the characters and play her role better.

Disney is all set to release a dedicated Hawkeye series that will cover the story of Hawkeye from the Avengers. Many Marvel audiences have remarked that it’s unfair the character Clint Barton, played by Jeremy Renner, was not given a separate film.

Recently Disney+ has assured the audience that a series on Hawkeye has completed its filming and will be released later this year. The series will also include several characters from the comics including Maya Lopez/Echo, Jack Duquesne/Swordsman, and Yelena Belova/Black Widow. Kate Bishop will share the lead with Clint Barton in the series.

The first look of the costumes have been leaked online and fans are extremely excited for the release of the show. The leaked images show the character, Kate Bishop, in a perfectly designed costume that matched the original one in the comic. The series promises to be jam-packed with actions and will keep the viewers on their toes. With Hailee’s archery news, the audience is super hyped already and counting the days till Disney declares a release date.

In 2019, Marvel finally concluded its Avengers series and has made numerous plans to move forward with the stories of other characters. From what we see at the end of the last Avengers movie, a sequel is not exactly possible and would be difficult to make. Marvel has now declared that they are working on several movies about supporting characters who already have their own stories in the comic books. Characters like Black Panther, Black Widow, Hawkeye will be explored in the future. Marvel has been hinting about working on some cool stuff that will keep them occupied for a long time. With the first looks and cast stories the series already promises to be exciting for the marvel fans.