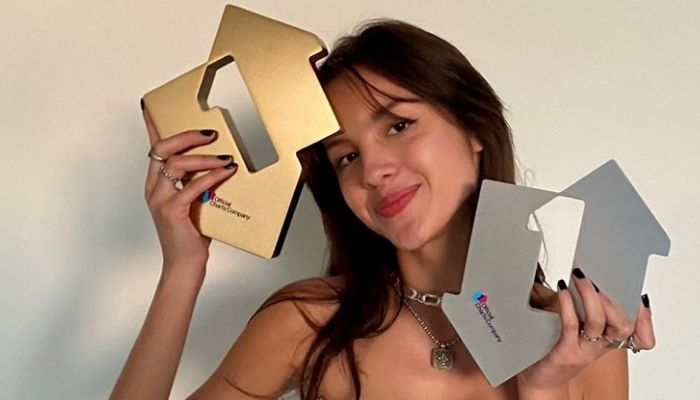 Olivia Rodrigo has been the sensation of today who has been taking the music industry by storm. She could very well proclaim herself as the biggest artist in the pop industry and probably no one would even bat an eye. The 18-year-old who has been releasing soul gripping singles with an amazing cinematic single is now all set to grab another UK chart double and no one is surprised.

Her fans, old and new, have been streaming her newly released album Sour without a breather and the results are quite evident. The melancholic and powerful album has opened right at the position of Number 1 on the Official UK Albums Chart. The star of the album Good 4 U has continued to assert its dominance on the charts even climbing to the very summit of the national singles survey.

This might come as a shock to people who distance themselves from the pop genre. If someone would have told Olivia Rodrigo that she would be the biggest pop sensation and a household name a couple of years back, then she would not have believed it herself. She was an actress that was known for her role as a cute ‘youtuber’ on the show Bizaardvark and was mainly known amongst the younger generation who were in for a small laugh. Although starring alongside Jake Paul she was not very well known across the industry.

But all of this changed when she released her all-time wonder song ‘Driver’s License.’ The song which still has people in tears who might never emotionally recover from the sad lyrics of the song became the biggest thing that the pop industry has ever seen in a while. The song which penned down her break up with her ex-partner was also a part of an eventual song feud that erupted between her and singer-actress Sabrina Carpenter.

And now with the release of her album Sour, she stands at the same level as the queen of pop, Taylor Swift. The album which came out on 21st may stand with 302,100 total album-equivalent units, the 11-track record scored, becoming the biggest album of 2021, even beating Swift’s Fearless (Taylor’s version). With 9 of her songs being in the top 10 of Rolling Stone’s Top 100 Songs chart, her song ‘Good 4 U’ came in at No. 1, with 468,100 song units, beating the K-pop band BTS. Her 8 other songs meanwhile enjoy the rest of the space left behind. None of the newly released songs is even able to come near the top, with people speculating that if it was not for the release of BTS’s ‘Butter’ then the entire discography of her album would be in the top 10.

At the halfway point in the chart cycle, Rodrigo has bragging rights. Sour is no. 1 on the Official Albums Chart Update with a market-leading stream count, while “Good 4 U” holds its lead on the midweek singles chart. We continue to look forward to many more such releases in the future. Maybe her breakup was a good thing for the music industry.