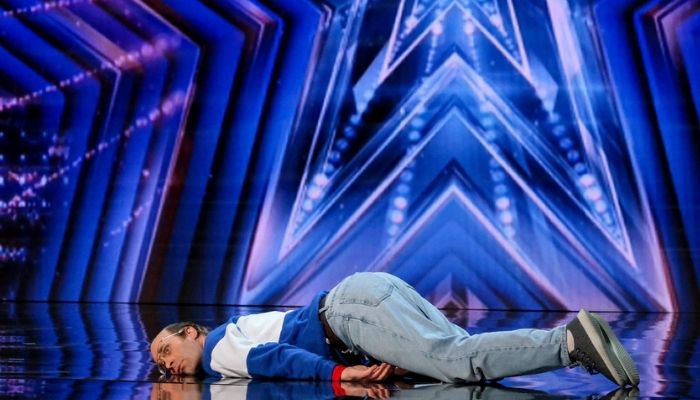 A contestant who is a Woonsocket native has impressed the American Idol judges with his unique dance moves. The man who calls himself Keith Apicary did some really different steps which were like spasms while singing for the judges at the first round of the America’s Got Talent Contest.

The man has successfully passed the first round and headed for the next. The man claims that the dance was created by him and is unique for its unusual style.

A native Woonstock man has taken the stage by storm with his seriously unique dance moves on America’s Got Talent. The man who is now a resident of Portland, Oregon, has called this style a creation of his own genius. The man named Keith Apicary has been able to impress the judges who promptly selected him for the next round of the contest.

The man has revealed that Keith is not even his real name but an alter ego for himself. His real name is Nathan Barnatt. He told the judges that he is not a dancer but likes to dance as a hobby. He calls his dance a series of body manoeuvres and rhythmic spasms. The last part of the same routine involved him falling off the stage for entertainment. Judge Sophia Vergera said she loved the performance and of course all the judges gave him an opportunity to contest in the next round. Keith is a comedian and an online gamer who has appeared for various other shows like Comedy Central and Adult Swim.

America’s Got Talent is a show that is broadcasted by NBC in the USA. It is the American part of the Got Talent Franchise that was started by Simon Cowell. The tv show was started in June of 2006.

The show was introduced in the USA after its plan to start in the UK failed due to several problems. The show has since become very popular and is hosted in several countries across the globe. Currently, it is in its 16th season which is usually held in the summer every year. The run time of the show varies from 60 to 120 minutes.

The judges and hosts also change with every season. The show has a huge fan base which earns them millions of views every season. The highest number of viewers were recorded in the finale of 2010 which had 16.41 million viewers.

This year the talent show aired its audition process on the 1st of June. The auditions were conducted virtually due to the ongoing pandemic and covid19 restrictions. This year the host of the show is going to be Terry Crews who has been a part of the show since 2019. The judge’s list includes Howie Mandel, Heidi Klum, Simon Cowell, and Sophie Vergara. Simon Cowell who is the founder of the show is going to be present as a judge. He has also previously been a judge for the show and various others on the American television. The show announced its premiere date in March after the auditions were completed virtually. Round two of the auditions is set to be aired on the 8th of June on Tuesday. Round 3 which is the finals will be aired on June 15th.

BTS Meal is here, and it is already in the black market
Olivia Rodrigo all set to capture another UK Chart Double (and no one is surprised)
Comment