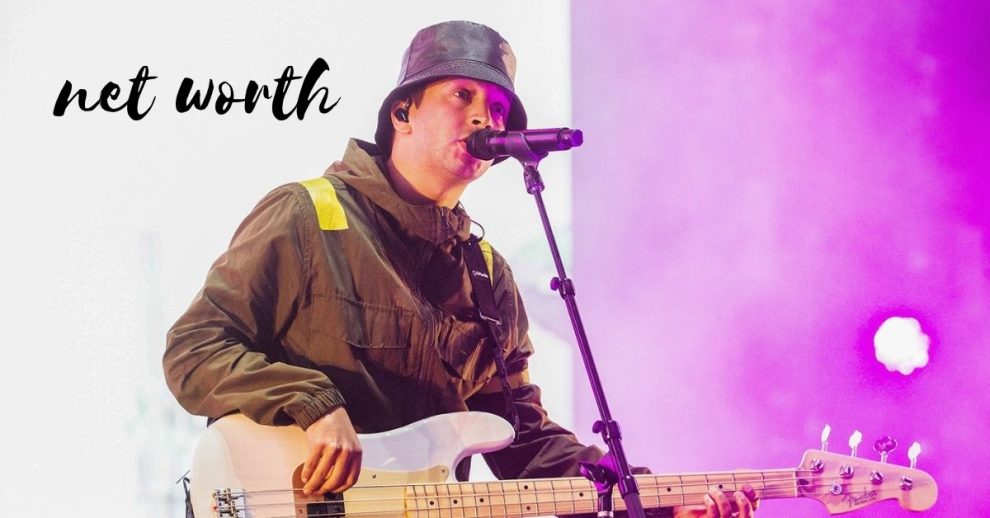 Tyler Robert Joseph is one of the frontmen of the iconic music duo, Twenty One Pilots alongside Joshua Dun, known for their soulful electronic songs. Born on December 1, 1988, he is an American lyricist, rapper, entertainer and record-maker. With 6 Grammy nominations under his belt, he is a proud owner of 1 Grammy. He had even released a solo album back in 2008 titled No Phun Intended.

Born in Columbus, Ohio, Tyler grew up with two brothers and a sister. His mother was a maths teacher by profession before eventually becoming a basketball coach. His father was a coach too as well as the school principal. Tyler was a very active basketball player going as far as playing in the varsity team. He even got a scholarship offer from Otterbein University to play basketball but he decided to forego this opportunity to pursue his dream of singing and making music.

His passion has developed way back in 2007 when he started playing around with an old keyboard he found in his closet. A Christmas gift from his mother, it turned point for the singer. He created a channel called ‘slushieguys’ where he uploaded his videos and skits. He started tinkering with various melodies from the radio and eventually devoted his time to recording an album titled ‘No phun intended’ between 2007 and 2008.

Nick Thomas, the future twenty-one pilots’ bassist was a high school teammate of Tyler who also contributed to his solo album by entering some guitar melodies. The pair even performed ‘The star-spangled banner’ at a game together.

The start of twenty-one pilots

The band originally consisted of three-member- bassist Nick Thomas and drummer Chris Salih to accompany Tyler. Formed in 2009 the band was left by the former two and eventually completed by Josh who joined the latter. The band released their debut self titled album on December 29, 2009, and began touring Ohio. By the second album ‘Regional at best’ in 2011 the band was left with just Tyler and Josh. After that, it was a tirade of hit singles and world tours to the point they won Best Pop Duo/ Group Performance at the 59th Grammy Awards.

Tyler has mainly been a private person who rarely reveals his personal details. He is a married man who got engaged to his now-wife Jenna Black on July 8, 2014. They eventually got married on March 28, 2015. They announced on September 7, 2019, that they are expecting a child. Their daughter, Rosie Robert Joseph, was born on February 9, 2020.

Twenty One Pilots is a highly successful band with record-breaking sales of their albums and singles. The fans have even crashed their site in the haste to pre-order their album Blurryface. Other than singing the duo are also engaged in several other ventures that also contributes to their wealth.

The band itself is worth $25 million as estimated by MD Records. Individually Tyler is reportedly worth over $16 million same as his counterpart.