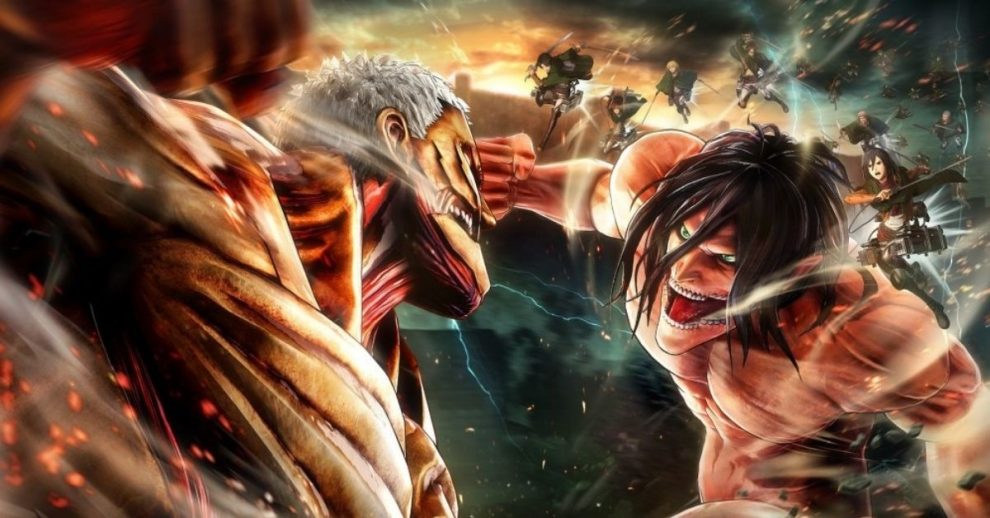 Attack on Titan had been a true masterpiece in the entire anime industry. It rules the hearts of all anime watchers and is at the top and new and old charts: and for a very good reason (or reasons). It is a once-in-a-generation phenomenon when anime watchers get something as interesting and jaw-dropping piece that has them by hook, line, and sinker. It is a rare happening and this generation’s title goes to the most deserving series: Attack on Titan.

It might be a shonen anime filled with violence and action, but it is something much more beyond it that even watching it for the eighth time is never enough. The intricate plot goes way ahead of any anime that is coming out during the last decade and the anime has certainly not refrained from killing off all our favourites while still holding us captive.

The anime is set in a dystopian world where large creatures, called Titans, have taken reign and killed almost the entire population. A small fraction of humans has remained, who hide behind a large wall. But what would happen if the wall fell? The story is so intriguing that even the violence is not a turn-off. It adds so much flavour to the story and the backstories of each character act as not a filler rather a very important part of the series.

Will there ever be a series as big as this?

It is certainly true that the global success that AOT has achieved is not unattainable. The fan following and sales can be achieved with the increase in anime watchers. But overall fan following and dedication that it boasts would be hard to match and it would be very interesting to watch all current animes who still have seasons to come to fight for that top spot.

One thing that makes it success more intriguing is that with every other show and series that devotion and favouritism slowly eclipse with every season released. The plot lines get redundant, characters appear to be boring and events seem happening again and again. But with AOT the following it enjoyed only increased with time. The reception its finale received certainly had some people unhappy but the majority were very satisfied.

‘It felt like an end,’ they said. Not forced. Not as if it had some things unexplained.

Other series fighting for the title.

Two big hot shots of the anime industry are currently fighting for that top spot: Demon Slayer and Jujutsu Kaisen. With just one season of each released, it has the fans hooked and their reception has been exceptional so they have a lot of achievements and the space of several other seasons coming could possibly push them towards that top spot.

The one thing except the already popular series is the wildly popular and record-breaking movie Demon Slayer: Mugen Train. The success of the film can be just judged through the box office numbers: $450 million collections despite being released in Asia and Oceania. The wonders that the movie did with its plotline and animation left the fans and critics in awe. If the series maintains this amount of efforts then it won’t be long before it reaches that top spot.

Releasing with just 24 episodes and just one season and no movies yet released, Jujutsu Kaisen experienced astonishing reception amongst fans. In just eight months since its release it has achieved 4.8/5 on Crunchyroll, 8.8/10 on IMDB and 8.77/10 on MyAnimeList resulting in being ranked the 32nd best anime of all time. With more seasons and movies to come it has a lot more to achieve.

America’s Got Talent: Another Golden Buzzer!
Another Life is back with another season! – Season 2
Comment