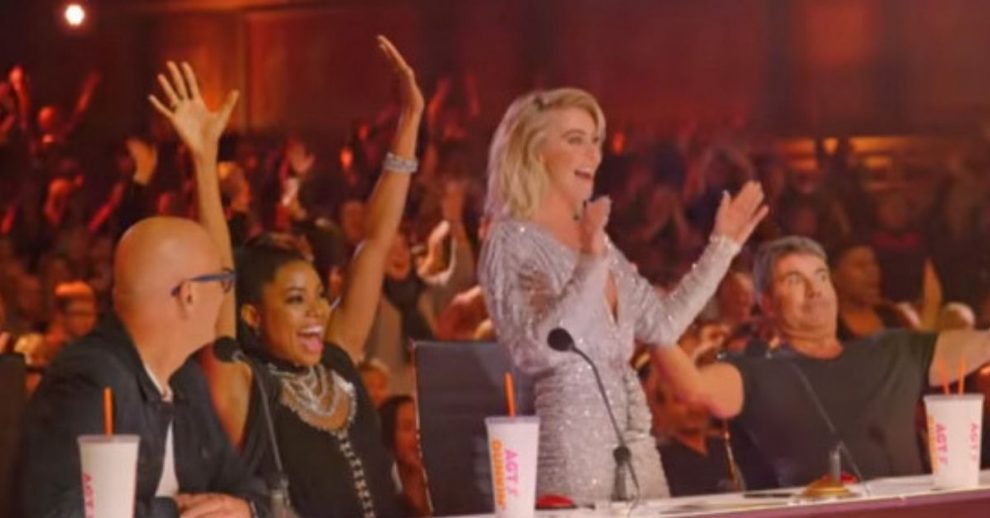 America’s got talent has got another golden buzzer performance in its latest episode. A soul touching and emotional performance that captured the hearts of the AGT judges was worthy of the golden buzzer with its moving back story. Musical artist, Nightbirdie, from Zanesville, Ohio delivered such an act that left the judges speechless and in awe that they were rendered immovable except for a little action from Simon Cowell that left the singer in tears.

Jane Marczewski, who goes by the fanciful moniker “Nightbirde” when she sings, told the judges she planned to sing the original song “It’s OK,” explaining, “It’s the story of the last year of my life.” The episode of Monday night (June 8) featured this audition that was both heart-wrenching and inspirational. She expressed the trauma and pain that she went through, through her song.

She is battling cancer at the moment.

When judge Simon Cowell asked if she really is ok, the answer wasn’t so simple. “Last time I checked, I had some cancer in my lungs and my spine and my liver,” she said. Nightbirde (her real name is Jane) has a 2% chance of beating it. “It’s important that everyone knows I’m so much more than the bad things that happened to me,” she said further.

The reception of the performance was extraordinary. She had the entire crowd moved and by the end she was greeted by a standing ovation by both the audience and the judges. Howie Mandel and Heidi Klum were moved. “That felt like the most authentic thing I’ve heard this season,” enthused Mandel. “It was powerful, it was heartfelt, and I think you’re amazing,” added Sofia Vergara, fighting back tears.

Cowell was blown away. “There was something about that song,” he said, “the way you almost casually told us what you’re going through.” At that point, he has swept away in that storm.

Really, Cowell had no other choice than to slam the Golden Buzzer. Grab your tissues and watch below.

The show judge, Sofia Vergara was especially moved by the performance. While giving her comments about the performance she could not stop gushing over Jane’s voice and even posted an Instagram post to show her support for the artist. She sang praises of her voice on the caption and her fans followed with an appreciation of their own.

“@_nightbirde that performance was amazing!!,” she wrote. Further adding she said, “I think I speak for us all when I say….you’re MORE THAN OK!! What else do you have up your sleeve??” The tone that she used for the caption was both appraising and light-hearted. She ensured that she conveyed her emotions well while also being playful by taking lines out of her song.

Her fans also quickly took to the comments to relay their appreciation for the singer too. Everyone was absolutely captivated by the performance and did not hesitate to voice their appraisal. With such performances coming every day it really is intriguing to watch what the future performers have in store for us!

Fate: The Winx Saga Season 2: Everything we know
Attack on Titan: Would we ever get a masterpiece like this ever again?
Comment