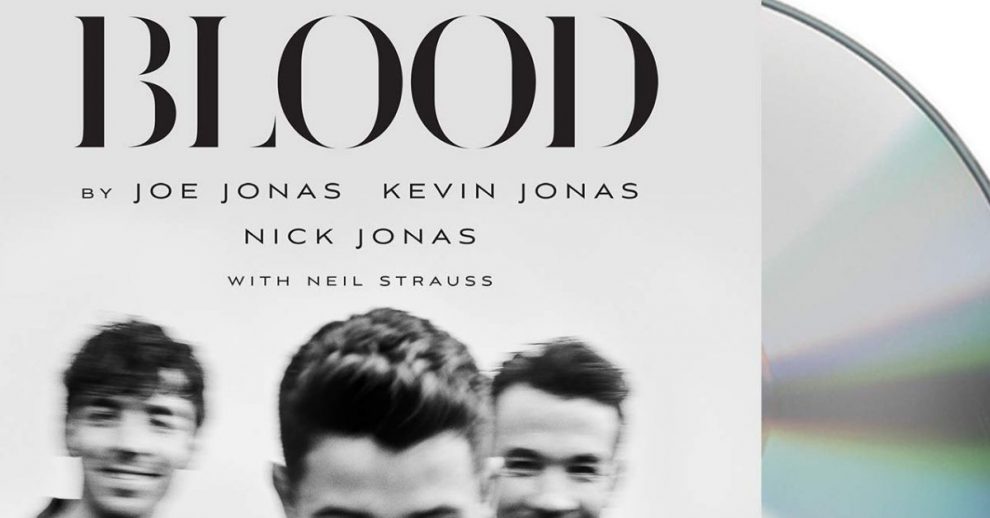 Jonas Brothers after months of waiting and postponing have finally released the memoir that their fans have been wanting and craving. They have been ruling our hearts for the last 15 years and every time they have something new to surprise us. And this time too we are in for a treat.

Joe, Kevin and Nick have taken to their Instagram on Monday, 8th 2021 to announce their memoir Blood.

The book would be filled with their recollections from the past as young children just starting in the industry, with the immemorable journey as the Jonas Brothers, the heart-breaking breakup and the eventual reconciliation. They won’t be shying away from revealing the past and include all the exclusive gossip as bands that we might have missed. They would also explore the emotional experience they went through as a band, the pressure and the reasons for their breakup. They would be their authentic selves and we cannot wait to learn everything about our favourite and evergreen band.

The release date for the book!

The band members themselves have announced the day for the release in their Instagram posts. They have posted that their book would hit the bookshelves on November 9th, 2021.

Since its formation in 2005, the band, has been critically acclaimed and adored by fans. They have recorded over 22 million album sales so far and sold-out stadium tours.

They have also performed at the White House. However, Blood, their new book will provide fans with behind the scenes glimpses and stories of their life.

For the first time, Kevin, Joe and Nick will share their complete story, starting from their Disney days to their bitter break-up and nostalgic reunion.

Blood by Jonas Brothers is written with alternating perspectives of each brother. The epic narrative contains over 70 photos of the family, many of them are exclusive and never-before-seen.

Excerpts from the books

Each brother to commemorate the official announcement have released a lil excerpts from the books.

Joe detailed their 2013 band breaking up, and how it hit him like a tsunami.

Nick shared his first memory, teaching himself how to swim at three years old by just jumping into the pool and just trying to swim.

Kevin‘s excerpt was about the early days of the Jonas Brothers when they released their first single “Mandy,” and how when they toured, their dad started footing the bills because their label stopped paying for them.

Where to buy that book?

The book is already available for pre order for the fans. They can place their early orders in the website and be the first to receive their respective books.

They can head to jonasbrothers.com or to Harper Collins official website, to pre-order Blood now. The book will be available in Hardcover, EBook as well as Audio.

The Hardcover version can be bought on Amazon, Barnes & Noble, Bookshop, Books a Million, Indiebound, Book Depository (UK) and etc.

The E-book version can be bought on Apple Books, Google Play, and Nook.

The Audio version is on Audible.

Price of the books

Prices might vary depending on where one chooses to buy/pre-order a copy from. However, the price difference between the sellers is not very steep.