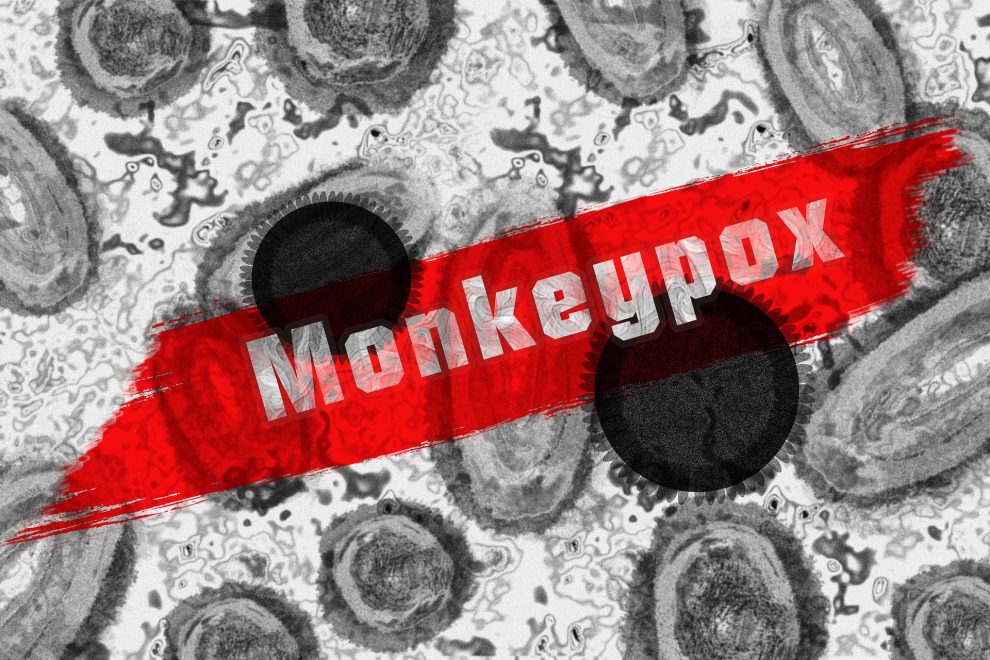 Monkeypox is a rare viral infection that is usually found in Africa. However, a number of cases have recently been found elsewhere, including in America and some European countries.

The first health authority to announce a case of monkeypox was the UK Health Security Agency (UKHSA), which reported a case on 7th May in a person recently arriving from Nigeria. The agency has since reported a total of 56 cases.

Here’s everything you need to know about the monkeypox outbreak:

The monkeypox virus belongs to the Orthopoxvirus genus in the family Poxviridae. It’s a relative of smallpox, which was eradicated in 1980 – but it’s not as deadly and has milder symptoms.

According to the UN health agency “In Africa, evidence of monkeypox virus infection has been found in many animals including rope squirrels, tree squirrels, Gambian pouched rats, dormice, different species of monkeys.”

Most human outbreaks occur in the tropical rainforest regions of Central and West Africa and cases outside of this region are rare.

The first outbreak outside of Africa was reported in 2003 and, according to the US Centers for Disease Control and Prevention (CDC), the case was linked to infected imported mammals.

What are the symptoms of monkeypox?

The early symptoms of monkeypox include:

After one to three days, a rash develops, which is the key feature of the virus. The lesions follow a painful process, from macules (flat lesions) to papules (raised lesions), vesicles (fluid-filled lesions), then pustules (pus-filled lesions), and then finally scabs (crusty lesions) before eventually falling off.

The illness usually lasts between two and four weeks in total, with symptoms starting between five and 21 days after the initial infection.

How do you catch monkeypox?

Typically, monkeypox cases develop from being bitten by an infected animal or by eating infected meat. In western Africa, most people are infected by animals like primates or wild rodents, and transmission between humans isn’t common.

You can also become infected through prolonged close contact with another human, as the virus can enter the body through skin lesions, the respiratory tract, or the mucous membranes (the eyes, nose, or mouth).

Some health experts believe the virus could be spreading through sexual contact, but others have noted that this could be due to the close contact associated with this.

In a statement, the US Centers for Disease Control and Prevention (CDC) said that the virus can be spread by “contact with body fluids, monkeypox sores, or shared items (such as clothing and bedding) that have been contaminated”.

How can monkeypox be prevented?

Health authorities have said that monkeypox is a mild illness and that most people recover in a few weeks, and that it’s unlikely to spread among a wider population.

The virus usually goes away on its own, but it can be treated by Tecivurunat – an antiviral drug that can be used to treat smallpox, monkeypox, and cowpox. This drug can make symptoms less severe and limit the spread to others.

Additionally, it’s believed that vaccination against monkeypox could be highly effective, as vaccination programs against smallpox, a similar virus, eradicated the disease.

The US government has over 100 million doses of older-generation smallpox vaccines, and a newer vaccine developed by Bavarian Nordic has already been approved by the European Union, the United States, and Canada.

In the meantime, the WHO has advised anyone with a suspected or confirmed case of monkeypox should isolate “until their lesions have crusted, the scab has fallen off and a fresh layer of skin has formed underneath.”