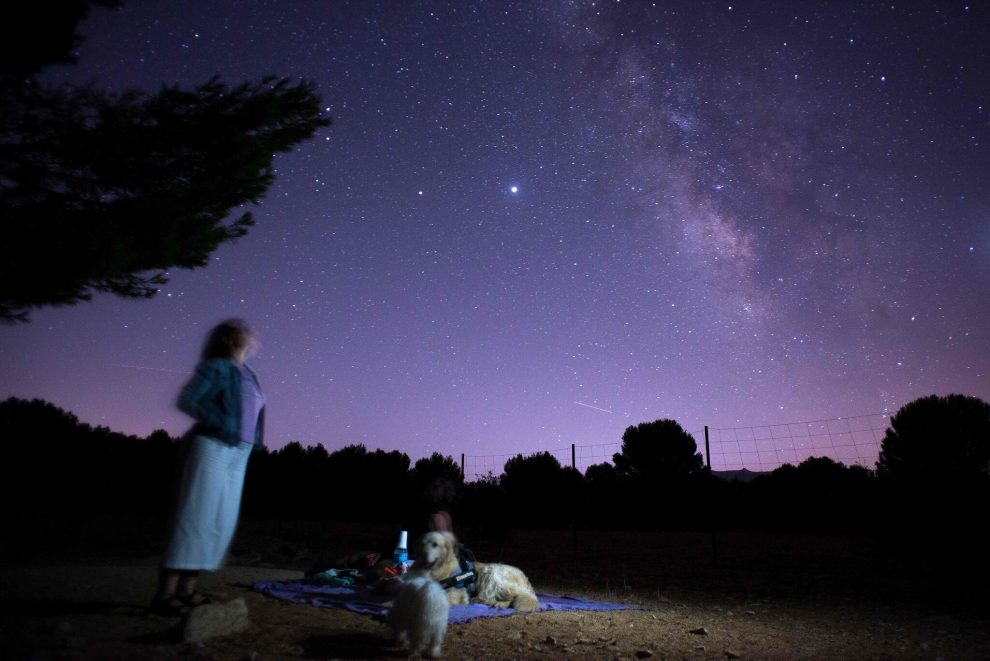 There is a special treat for night sky observers; a meteor shower could be seen due to Halley’s Comet’s tail. Eta Aquarid meteors are known for their speed, according to NASA. It travels at a speed of about 148,000 mph into the Earth’s atmosphere. They leave glowing trains which last for several seconds to minutes. In the wake of the meteor, these trains are incandescent bits of debris. In general, 30 Eta Aquarid meteors can be seen per hour during their peak.

To create the Eta Aquarids, the pieces of space debris that interact with the Earth’s atmosphere originate from Halley’s Comet. As per NASA’s Jet Propulsion Laboratory, each time that Halley returns to the inner solar system, its nucleus sheds a layer of rock and ice into space. In May, the dust grains eventually become the Eta Aquarids and the Orionids in October if they collide with Earth’s atmosphere.

This week the night sky will light up the debris from the comet, don’t expect to see Halley’s Comet itself for a while. To orbit the sun once Halley takes about 76 years. In 1986, Halley’s last time was seen by casual observers, and it won’t enter the inner solar system again until 2061. For another 40 years, the comment won’t be on display; the Eta Aquarids should put on a good show around Earth. Before dawn on Wednesday, May 5, the best time to view the most meteors. The meteor shower should begin on May 4 and last till May 6. In both the Northern and Southern Hemisphere, the pre-dawn hours are the best time to view. Southern Hemisphere, the view will be better than Northern Hemisphere.

Astronomers recommend that observers lie flat on their back with their feet facing east. The observers look up in the clear, dark sky, their eyes should acclimate to the low light conditions, and they should be able to see the meteors streak across the night sky. The observers have to be in an area free of light pollution and free of clouds.