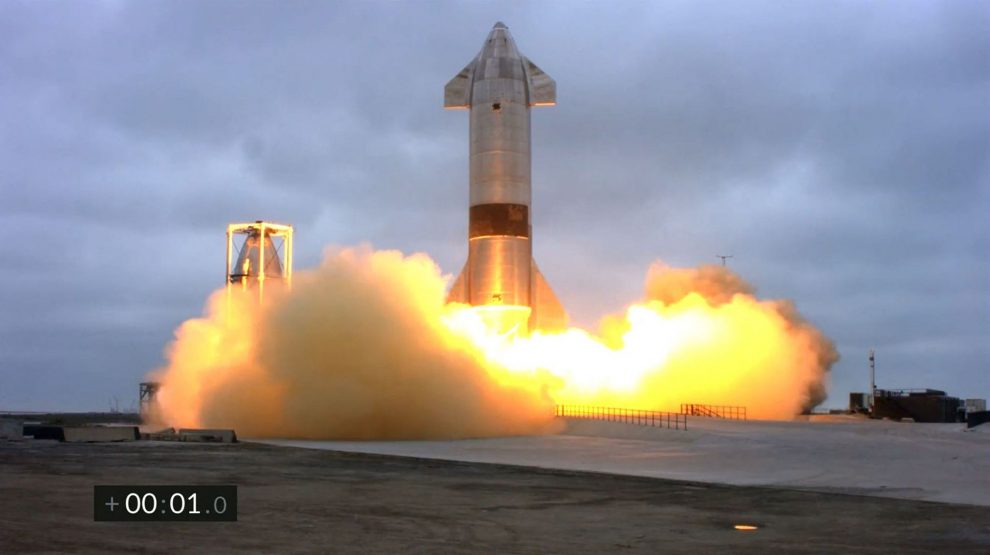 SpaceX US aerospace company successfully landed its prototype Starship rocket at its Texas base on 5 April 2021, after the earlier four attempts ended in fiery explosions. The test flight represents a significant win for the hard-charging company, which eventually wants to carry crew inside Starship for missions to Mars. The launch commentator John Insprucker announced after touchdown, “Starbase Flight Control has confirmed that we are down as you can see on the live video. The Starship has landed!”

SN15, the latest version of SpaceX’s stainless steel rocketship over the Gulf of Mexico, ascended over 10 kilometers during the six-minute flight before flipping and coming down horizontally. The rocket took off at around 5:25 pm local time. Right before touchdown, it switched to a vertical position. Soon after landing, a small fire broke out at the base of the 50 meter-high rocket. The flames were quickly put out with water cannons, footage showed. But John explained this was “not unusual with the methane fuel we’re using, and that engineers were still working out some design issues. It was extinguished successfully.”

SpaceX was facing added pressure to succeed after NASA last month announced a version of Starship would be used as a lunar lander when the space agency returns humans to the Moon. The SpaceX founder Elon Musk took to Twitter to refer to the landing as nominal, which means normal in spaceflight.

Last month NASA chose SpaceX’s Starship to deliver astronauts to the Moon in the next few years in a $3 billion contract. To create a fully reusable system for exploring the solar system, Elon wants to combine the Starship with a Super Heavy rocket. The final product will have the capacity to carry 100 metric tonnes into Earth’s orbit and be 120 meters tall to help to fulfill Elon’s dream of establishing a colony on Mars and pushing humans into a multi-planetary species. However, the planned lunar exploration is a more modest goal, where the vessel will dock with a future lunar orbital station, collect astronauts, and set them down on the Moon.

Evidence of fungi on Mars!
A meteor shower could be seen this week!
Comment