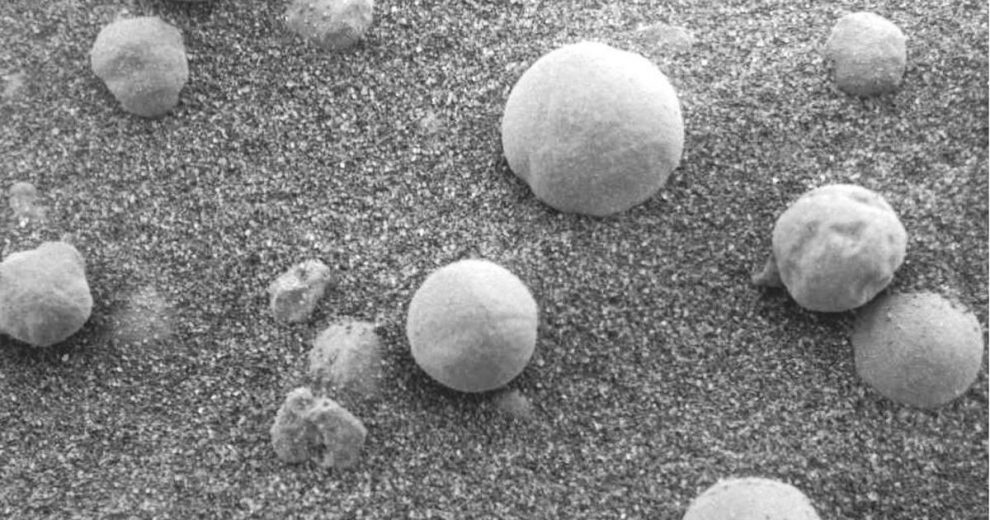 A scientist has claimed that strange ‘puffball-like’ rocks on Mars are mushrooms. Dr. Rhawn Gabriel Joseph, astrophysicist Dr. Rudolph Schild from Harvard-Smithsonian, and Microbiologist Dr. Xinli Wei from the Chinese Academy of Sciences made the claims after studying the images taken by NASA’s Curiosity Rover on Mars and the orbiting HiRISE craft.

The scientific community doubts the study, argues that what NASA called rocks are fungus-like specimens growing in the Martian landscape. These mushrooms seem to appear, disappear, and shrink over days, weeks, and months as per the trio. Wei, Armstrong, and Joseph have been sifting through NASA’s images for years and, on many occasions, have shared their discoveries with the world.

Armstrong and Joseph released a similar study in April 2020 on Research Gate that claimed mushrooms were growing on Mars. According to the 2020 paper, “Throughout its mission at Eagle Crater, Meridiani Planum, the rover Opportunity photographed thousands of mushroom-lichen-like formations with thin stalks and spherical caps, clustered together in colonies attached to and jutting outward from the tops and sides of rocks.” In the scientific community, their claim that there is life on Mars was highly controversial.

In the latest research, Joseph and his team emphasize that they have proof of life on Mars. Forty images were included in the study to support their claim. In the Martian soil, the researchers point to araneiforms, dark channels seen by Curiosity, as evidence of sulfur-reducing species, black fungi, algae, mold, lichens. According to them, in the Spring, these forms can grow up to 980 feet when during the day temperature can reach 42F and disappear in winter when the temperature drops to -9F. This pattern is repeated every Spring.

NASA has previously said that these massive araneiforms result from the thawing of seasonal carbon dioxide ice. But according to the study authors, frozen carbon-dioxide ice is not black but semi-transparent white, and they are made up of massive colonies of fungi and other living species.

Sony warned that the shortage of PS5 will be continue till 2022
SpaceX successfully landed its prototype Starship rocket!
Comment