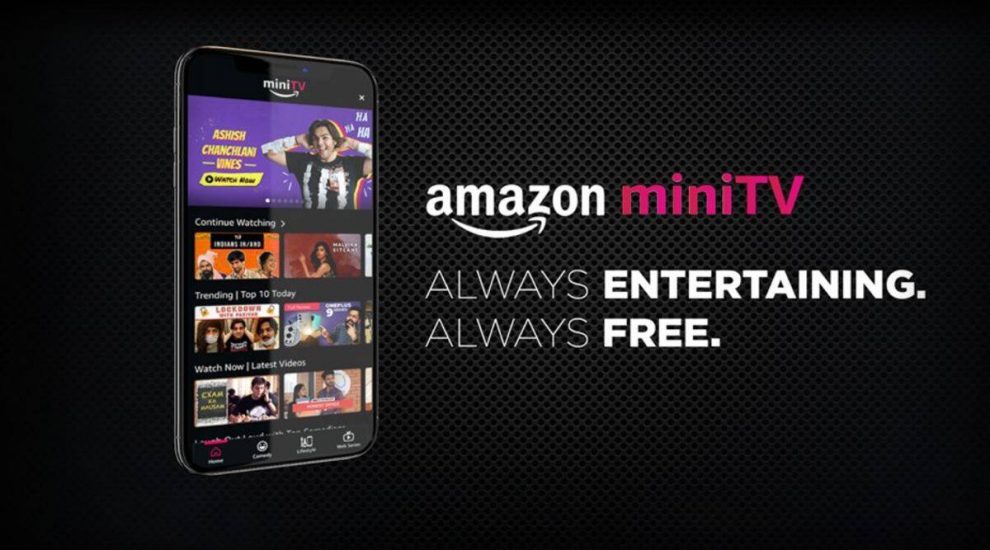 In the U.S., there’s IMDb TV, an ad-supported streaming service for watching films and series. Amazon has launched an ad-supported, free video streaming service called MiniTV within the Amazon India app, and it’s a different offering than the Amazon Prime Video service. MiniTV is contained within Amazon’s traditional shopping app rather than its standalone app. It is only available to users in India.

MiniTV will be accessible directly from the Amazon India app, and the catalog includes mostly older content made by the content partner originally for YouTube and other platforms. The lineup consists of cooking shows, tech news, beauty, and fashion content. Amazon’s partners for the channel include a list of well-known Indian comedians and Indian web content studios Pocket Aces and TVF. Everything will focus on the Indian market.

Amazon also said that viewers would be informed of the latest products and trends by fashion and beauty experts such as ShivShakti, Prerna Chhabra, Jovita George, Malvika Sitlani, and Sejal Kumar, and tech expert Trakin Tech. Food lovers can enjoy content from Gobble, Cook with Nisha, Kabita’s Kitchen. On the Android version of the Amazon India app, the service is currently live, and the feature is also set to come to the iOS version.

Amazon said it’s planning for new and exclusive videos in the coming months but didn’t provide a timetable. It should serve as a competitor to Flipkart Video, launched in 2019, the free streaming service by Walmart-owned Flipkart. Flipkart is one of Amazon’s biggest rivals in India.

Amazon said in a blog post, “With the launch of miniTV, Amazon. in shopping app is now a single destination for customers to shop from millions of products, make payments and watch free entertainment videos.”

The market the company is trying to capture will be different than Prime Video. To consumers in India, Amazon is still marketing Prime Video. It has to compete with Netflix. The company has planned to launch more than three dozen shows and films in India this year. The free MiniTV will help the company to test whether streaming content can drive sales on its shopping app.